2020 Election : A battle of working class vs middle class

This is mostly a battle of the white working-class vs the white middle class.

The Democrats produce most of the middle class, so they compete less often for jobs with Foreign nationals, people of colour, Latino's etc. The white working class have been getting poorer, with the richest 2% getting richer

No matter what happens in the build-up to the election, the working class are going to vote for Trump because he will give them a more white preferred status of made in America.

There are some flashbacks to Apartheid here. After world war 2 the Afrikaaner found themselves on average poorer than more recent European settlers, and some laws were to designed to improve the position of Afrikaaners at the expense of other races and even European settlers.

Seems the far-right in American has founded a group called the Proud Boys.
The look very working-class- like much of Qanon.

Trump has told them to prepare for war(the election).

If the Democrats are supposedly controlled by the far-left Antifa, then perhaps the Republicans are controlled by Proud Boys. (No in truth, both groups get shafted by either party after the election).
Biden at least says he does not support violence and distances himself from Antifa and any radical groups.

The Republicans do have other segments of society (e.g. Richest that want to pay less tax), or religious conservatives. However for the most part their support group is the white working class that believe Trump will give them a better economic deal .

They just don't know that if Trump was to win the next election, the richest 2% will get richer- and the rest will get poorer. They are disillusioned by the Whitehouse, but no one will shaft them like Trump. 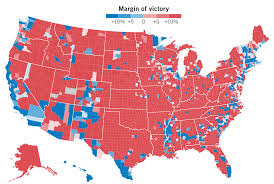 Draad well answered. This dumbass simply has no clue whatsoever.

You need to spend hours every day unraveling his BS and then find he is incapable of learning. 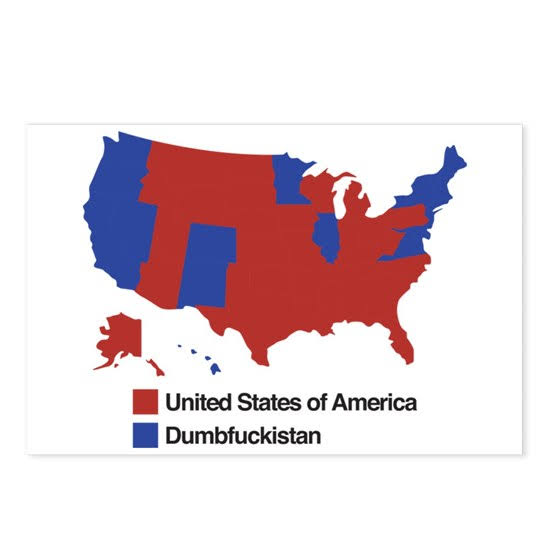 California is dumb?  The home of big tech like Google, Apple etc, etc.
Without California, the US would not nearly be as good.

All the moderates are fleeing California...and New York...the leftist ideals voted in by mob-rule are turning the paradise into a third world sh!thole...and it's the rich and upper middle class who's leaving...clever people with the best intentions can be dumb as hell at times...

One wonders how VrotKop reconciles his dislike of BLM with the way all the "smart" lefties can't lay down low enough for them.

Draad, can you provide credible sources that provide the reason(s) for people leaving.

If you bothered to fact-check 4Chan, you would find multiple sources that list the cost of buying a house in California is the main reason for leaving. It is becoming too expensive.

Sure there is an increasing amount of people that are actually homeless in California- but to just blame one reason for this is narrow-minded. The Democrats are not running other cities in the world that also face the same problems. Also, fact check Republican states that also have this growing problem.
Moderate people can see fanatics on both sides but support none of these groups, but they do at least have some sympathy to try to resolve social issues.
The US has smart people from all races - certainly smarter than the Chumpanzees.
Trump endorsed the latest ar right-winger master races proponents (The Proud Boys).
Biden does not endorse any nutcase on the left or right.

I hate any of BLM involved with crimes. They remind me of how South Africa has changed for the worse.
The economically poor black person is a worldwide issue. Why this is the case is a complex topic.
What is it like to be a black person with a rapper accent?
When I meet a black person that is well-spoken and polite, I trust them as much as I would trust anyone. Certainly more than a white person with a rough lower-class accent.
Perhaps white people do stereotype black people that speak like rappers- typically poorer people. So black people from a poor background may actually be disadvantaged in Western societies. I doubt it is much of an issue for middle-class back people.
However, the redneck equivalent of a black person may really struggle to get a decent job. More so than a Trumpanzee on the same skill level.
If I still lived in South Africa, perhaps I would be less tolerant because of the politics in SA, and with a majority black population.
The other minority races (especially white people) are victimised through racism, so it is not a good case study for equality. To be living in a country like SA now watching BLM must be bizarre with all the racist policies that favour black people.
It would be good to raise this BLM to see what their thoughts are.
So I see both sides of the argument about racial equality and support anti-racism
It is certainly not all white peoples fault as BLM maintains, but black people have traditionally been disadvantaged.
You said recently that you met a black person that asked you to kneel before him in honour of BLM. I have been outside of SA for so long I doubt I could have endured that.
I might have asked him to mow the garden and cut the hedges ...

"Draad, can you provide credible sources that provide the reason(s) for people leaving.

If you bothered to fact-check 4Chan..."
I don't have the stomach for the Chans...Joe Rogan discussed it on his podcast...and I'm quite sure he's got more than enough money for a house...there is a clear pattern visible for everyone who care to face the facts.

Black Member from the Proud Boys debunks the Mainstream Media White Supremacist Claims
You need to Log in to reply.