The first US president to be impeached twice.

The first US president to refuse to accept a lost election.

The first US president to win an election without winning the popular vote.

The first US president with no public service, political or military experience.

The first US president to be divorced more than once.

The first US president to have a net negative approval rating throughout his tenure.

The first US president to have a war rant of arrest issued against him by a foreign nation.

And . . . hopefully sooner rather than later . . . he'll also be the first US president to go to jail! 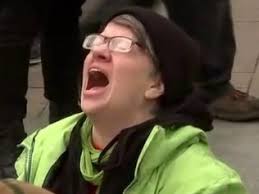 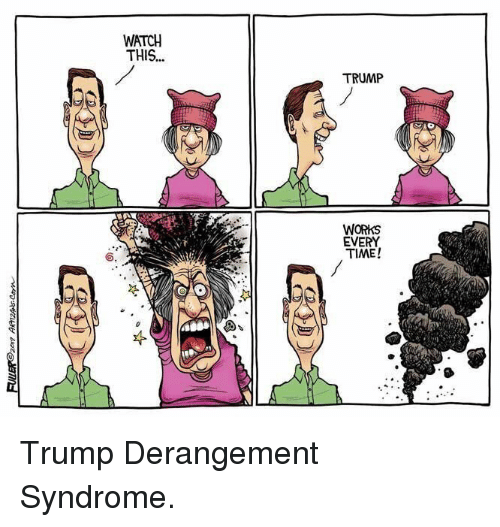 Rooinek suffer from  especially serious  TDS  based on CNN and MSNBC, leading to repeat their lies on  site.     You can thank your hero Biden for obeying China  iro everything they want.


Trump  the first President since Jimmy Carter not to start a war....and Jimmy Carter probably should have started a war.

The first US president to try start a civil war by storming the Capital.

The first US president to promote Qanon conspiracies and have widespread support from white supremacist groups like Proud Boys.
The first US president to declare war on Twitter - against Iran.
The drone strike in Iraq against Iranian Solamani was considered by the UN to be a terrorist war crime. It was a short retaliation that did not escalate into a full-blown war, but it could of.
During the heightened tensions and Twitter war, Iran shot down a civilian airline, and their own military U-boat used a missile on another Iranian war boat.

1 Made the borders porous again...precipitating a humanitarian problem.

2 Vacillated long enough to encourage Hamas to resurrect ME tensions.

4 Generally done nothing, which given his platform is exceedingly wise.

The country is vibrant and Biden had nothing to do with it.

There was no real problem with the meeting  on 6 January 2016 attended by thousands of unarmed protestors who believe that  the election was stolen by the Democrats.   About 500 of them went into Washington  and entered the Capitol and caused NO DAMAGE.    They were in fact not  encouraged by anybody and unlike the Democrat  Party organized and funded BLM and Antiifa protestors did not murder 45 people and looted and burned  down thoussands of buildings in cities throughout the USA.   That was really violent and the leftist media never said what happemned - bit that was more a reason for any civil war than anything that happened on 6 Jamnuary,

The story about the protestors starting a civil war is the USA garbage  and another rouse by the Democrats to hide the fact that the story about election fraud was true  and is now fighting desperately to stop the independent audit of votes at present undertaken in a number of states and the fact is that there are already indications of major election fraud,  We will have to wait and see what is in the report of the independent auditors as to what really happened.

The leftist press  have been lying about Trump for four years on a daily basis and you were stupid enough to believe the lies  - so live with the chaos caused by the Democrats  - virtually  everything of which was exposed  as lies and never retracted by the media.

SB is only a lefty because he desperately wants to be seen as being associated with the politics of the educated.

The guy is highly aware his class in the UK - barely working class. What you see here is a result of that inferiority complex.

Pretty transparent and not worth the effort.

Wow ... seems the nasty little Imp is hell bent on continuing his feud with Trump.

Probably wakes up in cold sweats at night.

It's has now come out that Biden is importing oil from the mad mullahs of death to America chanting nutcases.

He has also encouraged the Russian pipeline to Germany.

BUT THE THE FIRST ORDER OF BUSINES FROM AMERICA LAST CHINA JOE WAS TO CLOSE THAT AMERICAN PIPELINE AND LOSE 70,000 AMERICAN JOBS.

China Joe is fully compromised by both China and Russia. He is a TRAITOR and must be hung FOR TREASON.

Meanwhile the walls are closing on Fauci and of course the huge election fraud is going to come out. 1 million ballots in Arizona have been audited.

Biden will need to step down or Civil War could happen.

There must be dire consequences for all involved in the election coup and of course the many lies about covid.

As for these three  clowns they are simply to dumb to do anything but regurgitate the propaganda of failing CNN who I hear have lost two thirds of their viewers. Bwahahaha ha.

Redrooi told us all he was a moderate. The red nozed clown is an out and out Marxist loon just like sharkstink.

Bobblob live is a socialist Globalist run country and has been steadily going down the drain for some time now. A previously sane poster has become a brain dead zombie regurgitating far left radical propaganda.

Actually more like 18 months until the mid terms.  The latest truly insane Dem idea is not to allow the use of natural gas in city buildings. In cities like NY that would require a complete revamp of thousands of buildings with much less efficient electrical systems and huge risk during winter power failures.

Even your average Dem won’t buy into that....Biden is trying to buy off the Left by adopting extreme positions, hoping to be dragged kicking and screaming back to common sense. A fake.