These pastors are despicable human beings. Just like Trump they use the dumb poor religious conservatives as a cash machine.
No matter how much time these pastors spend in Church, they have no understanding of the morals of Jesus in the Bible. They have no interest in following these values. They are just pieces of shit.

More than 60% of all Church donations end up in Church owner's personal bank accounts.
No wonder these Church disciples believe in conspiracies, disinformation, and misinformation.
The Church uses brainwashing techniques on kids, and it makes them susceptible to this nonsense. The far-right politicians like Trump tap into this R eligious nonsense - to trick these dummies.  (e.g. Trump carrying the Bible upside down as a prop to promote himself, or God performing a miracle and saving him from Covid).

Well, it is a long time since anyone involved in sciences or maths was linked to the Church.
It is the 21st century.

Nowadays the religious crew is shit scared because they can see their religion dying.
Trump is also stealing the donations, that they want to steal from the simpletons.

Well, it is a long time since anyone involved in sciences or maths was linked to the Church. It is the 21st century.

"Wrong."
So ButtPlug, what century do you think we're in?

"Well, it is a long time since anyone involved in sciences or maths was linked to the Church"

The wrong was for the above...

I suppose the Cambridge educated Oxford Calculus professor don't count as a mathematician?

That Cambridge Oxford professor you refer to is basically a schoolteacher. He can repeat textbooks - as long as he does not give his subjective opinions.
He is nothing compared to respected professors like Richard Dawkins etc.

The far-right Christians are the West's Taliban and worship the same Arab God. They do not belong in the 21st century.

"Richard Dawkins FRS FRSL is a British evolutionary biologist and author. He is an emeritus fellow of New College, Oxford and was Professor for Public Understanding of Science in the University of Oxford from 1995 to 2008. An atheist high priest, he is well known for his criticism of creationism and intelligent design. Wikipedia"

"John Carson Lennox is a Northern Irish mathematician, bioethicist, Christian apologist, and author. He has written many books on religion and ethics and has had numerous public debates with atheist priests including Richard Dawkins and Christopher Hitchens. He retired from professorship where he specialised in group theory. Wikipedia"

I guess, if time is relative, we are in all centuries, at the same time…for ever.

Well, is anyone going to increase their Church Donations to ensure Jesus returns?

The timing of this is good, play on the fears of people from Covid, with a solution being Jesus returning.

VisKop…I wonder how deeply you’ve evaluated religion in relation to the current thinking as regards the universe.

Presently, I believe the thinking is that the universe is holographic in nature. If true, that means that everything you’ve seen and experienced in your life could simply be the playing out of 2D source data in 3D. Similar to the way any digital 3D thing you watch is stored in 2D data but presented as 3D to you on a screen.

Tell me, in a universe as strange as that, where virtually nothing can be counted out, how are you so sure that you’re not completely wrong?

I don’t think you are sure. You’re simply guided by spouting what you think makes you appear more informed.

I see that you’re not there yet.

Well ButtPlug, if Jesus was real - do you think he would endorse pastor Jesse Duplantis?

Do you actually think it is in the realms of possibility that Jesus wants Church donations to increase so he can return?
Basic "emotional" intelligence can spot this guy Duplantis is a rat. Just how most religious leaders do not follow the values of Jesus and are no better than anyone else (actually most likely worse than the average person. (See the parable of the good Samaritan).
Church donations are decreasing because religion is on its way out. The paedophile investigations and arrests of church leaders around the world have not helped the cause much either. (e.g. the Cardinal of Australia).
Do you think perhaps Jesus created Covid because of declining Church donations?

Some of these Churches also sell the "cure" to Covid through faith. (While they themselves have been vaccinated, and tell others to not get vaccinated).

Well, Snark, you are spot on in your post above...there are loads of hypocritical arsholes parading around as true "bringers of the Gospel", but are in fact charlatans, defrauding gullible people out of their hard earned cash...."Synagogue of Satan" was what Jesus called them when he chased them out of His Temple

It's always been like that ...Sith lords posing as good shepherds...won't change anytime soon...The Deceiver is skillful and hardworking...he's fooling many.

Draad this is all too common with religious leaders. They are conmen.
They used to be the politicians before the modern world, now they are just hucksters.

Religion is mostly Arab teachings, it is just not relevant for the 21st century. Sure back in BC it was better than nothing, but today it is not. Just backward.

Nobody despises these marxists infiltrators of the church more than I.

If you want truth read the Bible. Nothing even comes remotely close.  It quickly becomes apparent that this Book of Books could not have been written by human hands.

As mankind slides away from biblical truth is slides down into darkness.  Hence the mess we are seeing today. Hence the moronic idiocy of sharkTWIT.

Sure Beeno and Adam was created out of mud, and evolution is another Marxist conspiracy

I know he's definitely not a believer, but he's no Atheist either...he leaves a door open...

From the start of mankind peo0ple beleive in somethi9ng or other to survive as people.   Whther it is religion o0r non-religion in nature..   That is an hsitoric fact and wll never go away.

People who claim they do not accept that fact are is either fools  ort totally deluded.   The lack in belief that  some ideal situation is not possible are bluffing themselves and the result is the chaos we live in at present.

The end result will always be the same - in the absence of democracy that developed through centuries hand in hand with Christianity - demagogues will  pursued idiots that they should follow him in achieving a better life.   We have seen that in countless countries in the past century and more and  have learnt nothing from it.

The fact is that anti-religion propaganda can normally be linked back to oppression of people - whether religious or not.   Religion has at most have an indirect relation to politics - what the world is facing is another era of oppression - this time under the Fascist approach..  That is the Ultra rich and their bribed allies.

The ideal world will not be achieved that way and the oppression of people is not the answer.   in the 21st century.   The only people who preach doctrines that would embody oppression are the atheists who are not oppressed at present - but may end up[ in future as part of the oppressed.

In the end the result is always that oppressed people will turn to religion to save them and that is why the present mania about Christianity is so weird.    Why is it that Atheists  are always attacking certain religions?    The impression is inevitably they have been brainwashed into the situation by people that is titally without any anchors in life that they can believe in  and in the end everybody ends up in the same oppression.

Let me repeat - the world is fast approaching a new era of absolute dictatorship with oppression on a level beyond imagination and that would be inevitable if we do not agree with the idea that democracy and nothing else is what measured as an ideal.   In the end the world population will end up being the 500 million some seem about as an ideal.

Yes Maaik, and Christianity gets blamed for all the mistakes of the past, but rarely gets credit for the positives that came about because of it's influence...glass half empty people will always have something to complain about.

Musk is speaking about Jesus as a character in a book or movie. It is like saying you agree with the principles of Star Wars Luke Skywalker etc.

Albert Einstein stated that he believed in the pantheistic God of Baruch Spinoza. He did not believe in a personal God who concerns himself with fates and actions of human beings, a view which he described as naïve.https://en.wikipedia.org › wiki › Religious_and_philosoph...
Spinoza is certainly a pantheist. He's usually called an atheist, and it's also true to say that he's an atheist in the sense that he denies the God of theism. ... So the term Pantheist is often used to describe Spinoza, and a Pantheist is really someone who believes that God is everywhere, God is in everything.4 Jun 2011
An atheist's God: the paradox of Spinoza - ABCtop: -1px; transform: rotateZ(-180deg);">
Spinoza believed that God is “the sum of the natural and physical laws of the universe and certainly not an individual entity or creator”. ... Therefore, God is just the sum of all the substances of the universe. God is the only substance in the universe, and everything is a part of God.

All these Christian leaders in the 21st century are grifters. Conmen that do miracle healings etc to scam dumb people.

The ancient Greeks invented Democracy, and it was applied in the Roman Empire for hundreds of years to became the world power.

Then around 200-300 AC, the Roman Empire became Christian. It collapsed shortly after, and the Dark ages followed. A time when the world was ruled by the Church... Also known as the dumb ages...
Then the Renaissance happened around 1500-1600 AD when ancient records of the Greeks were discovered in the Middle East), and Democracy made a return and mankind was able to progress again.

Most people see the natural death of religion as part of evolution. This sentiment gets stronger each year, as young people get less religious by the day. An increasing consensus is that religion does more damage than good. At best a story for Kids, at worst a brainwashing mechanism to control the dumb. (e.g. Oil companies paying the Church to promote conspiracies of denial).

“All these Christian leaders in the 21st century are grifters. Conmen that do miracle healings etc to scam dumb people” 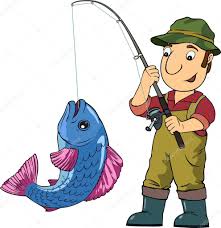