Trump inherited the best-ever economy from Obama, and then reduced tax and public services - which would inevitably have given a short term boost.

Any Republican/conservative would have done the same thing.
Having silicon valleys accelerating growth is also pretty handy to have around...

Trump's deal-making ability is useless. It is pretty much blackmail with bullying ultimatums that will destroy future relations.

Trump has tried to blackmail America's international allies while pandering to dictators. He claims to have a great relationship with dictators but failed with any negotiation with Europe.

All he does is cause trade wars.

It is pretty clear Trump does not care about the average American. It is all about helping Corporates form global monopolies- and those involved in the stock market.

No wonder the US is getting more support for socialism like Bernie Sanders. The average American is poorer than many average Europeans. No good having the best economy in the world - if the elite 5% are going to have 99% of the wealth.
Wealth should never be equal in capitalist society - but if young motivated people are just getting dead ends - they will look for something else.

If Trump someone how wins the next election- it is a reflection of Americans- and a sign that they are in decline as a society (except for silicon valley). Fortunately, the younger generations appear to be less alt-right which gives the US hope.

The alt-right conservatives are just interested in making America great for their own group, and everyone else can get lost. However, most of them actually earn below the average American earnings.
Trump got into power with policies based on hate, like being anti-foreigner etc. If someone is born in America - they are American. America shouldn't be about just looking after the interests of the minority rich white conservative right.

His environmental policies are just so the corporates can make a quick buck.

Trump and his associates believe that man is not impacting the environment. This is the same clown that closed down the Whitehouse Pandemic team because he did not see it as a threat.

The Corona health briefings were turned into an infomercial where Trump read out the names of the brands associated with his cause. Trump later cancelled the health briefings as they were not good for his ratings. His re-election campaign is more important than the health of Americans.

Alt-right people should not be involved in any jobs with significant decision making. They are just anti-science. The Brasil president is another Trump. Like an ostrich putting its head in the sand hoping that Coronavirus will disappear by a miracle.

Trump is in America's biggest health disaster in 100 years, and here is turning it into an infomercial. (See his recent campaign below for Goya).

Trump at this stage must realise he is going to lose the election- and looking to get as many corporate backhanders as he can before he is booted out.

In a tweet on Tuesday, the president's daughter posted a picture of her holding a can of Goya black beans with the company's slogan - "If it's Goya, it has to be good" - in English and Spanish.

The Republican president later tweeted, without citing evidence, that "Goya Foods is doing GREAT. The Radical Left smear machine backfired, people are buying like crazy!". An image of him posing with various Goya products was also shared on his Instagram account.

As an employee of the US government, Ms Trump's comments may violate ethics rules which prohibit the use of public office to endorse products or bolster pers 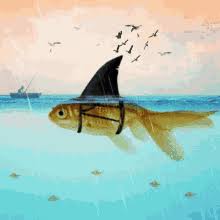