Forum » Beenos Trumpet » List of questions that Viskop has run from...


Here is a list of questions and requests, based off of statements that our resident plank has uttered, and from which he can't stop running.

1) Show us evidence of Republicans wanting to install Trump as eternal dictator.

2) Show us evidence of Republican's attempts to deny legal voters the right to vote.

3) Show us which parts of the new testament fall below the standards of present morality.

4) What do doomsday prophecies have to do with military reports and investigations of UAPs?

Just those for now.

Again, feel free to add yours.

Do we think he'll man up and follow through?

Of course, mail-in voting requires identification, which must be done.
At the federal level, the Help America Vote Act of 2002 requires a voter ID for all new voters in federal elections who registered by mail and who did not provide a driver's license number or the last four digits of a Social Security number that was matched against government records.
https://en.wikipedia.org/wiki/Voter_identification_laws_in_the_United_States

If you are a legal citizen register as a voter, get the ID # and produce it at State and Federal elections.

No more votes from the deceased.

No double or treble voting.

Mail in ballots will be sent out with a requirement to add your voter ID # prior to mailing your vote and those will then be checked against your legal registered ID # in the system.

To simple and honest for the Commies, Leftists, Demorats and BLM morons.

They thrive on being dishonest, lies, corruption and deceit.

Shame we pity you MORONS.

You stupid Dummy.
Republicans governments are running Red States, why would they want to count dead voters...

sharkbutt start thinking with the other HEAD.

Most, if not all the state and federal officials are Demorats irrespective if it a Blue or Red state,

Around election time the Demorats round up the unemployed or unemployable and use them at the polling stations to count the votes and carry out their hidden agenda.

You know counting more than once , COUNTING DEAD VOTES, not counting the opposition votes.

So corruption is rampant.

Not sure what you are referring to about Red States counting dead votes it is and has always been a Demorat system to scroll through the Death Records and use the deceased name to vote once, twice or however number of times needed.

Normal election fraud for the Demorats.

The bottom line is that they also need to have a computer system that is neutral and beyond hacking and distorting actual numbers.

All a dream I suppose at this stage.

But who knows after this Bunker Biden/ On her knees Harris term perhaps their is hope.

If Republicans allow Democrats to have all state and federal officials to be Democrat, then they must be stupid. How has a Republican ever won the election if this was the case... 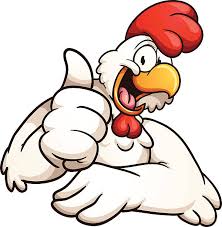 Someone running away from questions?

Were any of them simple one word questions? No? Are you equally indignant when someone dodges a simple one word yes/no question that takes literally a few seconds to answer?

Do you hold everyone to these same standards, ButtPlug, or only when it's someone who disagrees with you?

Uh-oh . . . looks like ButtPlug is running away from the question again!

Poor old sharkstink. He has never heard that these are Rino republicans who deceive voters but turn out to be never Trumpers.

He also has no clue what is happening in Red States regarding the massive election fraud
The truth is sharkstink and his little eo redstink have no clue whatsoever.
By the way did any of yo see the clip where Pete Buttigieg, the queer Secretary o Transport got busted? My how ou restink's heros just keep crashing and getting exposed as the complete frauds the are.
The fake news media went gaga after news broke that Transportation Secretary Pete Buttigieg was riding his bike to work.What a guy!What a great example!

Such BS Caught on Video: Pete Buttigieg Has Gas-Guzzling Suburban Drop Him Off a Couple Blocks from Work So He Can Ride His Bike in for the Cameras

To see the video go to:
Fraud Pete Buttigieg

Rudehole getting all indignant when his game is up...others starting to play the game like him is so unfair!! Cry me a river.

Have you any proof of restriction of polling booths to prevent voting as you allege above?   Secondly the main question was .-  Do the UK or any EU member states allow mail-in votes without proper identification?

Then there was a court case n California in 2016 that there were 5,5 million dead and missing voters registered in the State and now probably more since people are fleeing from that State.

Of those 5,5 million registered people  3,2 million actually voted  and even the liberal Judge had no alternative but to  instruct the State to remove dead and missing voters from the roll.   Did they abide by the ruling?    They just ignore the instruction and today the situation is even worse.    Take the example of a widow staying alone in her house  for many years getting about 20 ballots mailed to her  for voters  allegedly staying in the relevant house?     The whole voter system has been corrupted by the Democrats to benefit themselves.

But then - answer my question - have you ever voted  in any UK election?    Did they allow you to vote without proper identification?

Poor old sharkie crashes again. Man will this dope ever come to his senses?