Lessons learnt from round 1.

1) No use of board members as characters. It becomes a vehicle for piss taking and ultimately offends.

2) No links, videos, or images. Those can be added to concurrent thread - "Stress Call Volume 2 Chat"

4) Once genre is set, participants are to stick to it.

5) Discussions on plot and character progression are to take place on concurrent thread.

I vote for sci-fi this time.

So no taking the piss allowed?

That does limit this venture somewhat in my opinion.
I think you should also specify that contributions should be original. One of the reasons the previous thread failed was because a poster plagiarized by copying and pasting someone else's content (without understanding how to copy and paste on this format) and simply changed a few names here and there . . . but the copy and paste screwed up the format.
If you had to specify original content that wouldn't be a potential problem going forward and even very stupid people could take part. 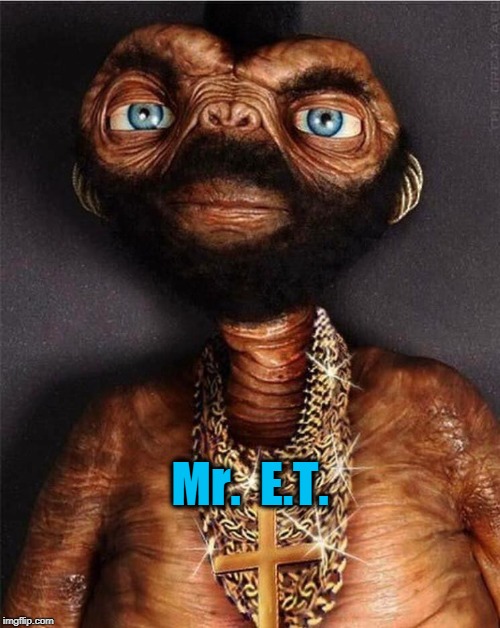 With all these imposed restrictions, I don't think volume 2 is going to be a successful sequel. The value from the last one was board members as characters.

I don't agree SB, those with a little imagination can make it work just fine. Anyway, we had our shot at full freedom and look how that ended.

Okay, this is posted under my name but it's actually Klown's initial (belated) effort on the original thread, but I reckon it's as good a start to a sci-fi story as any . . .

A dark haired girl walks back toward the kitchen in the early hours of the morning, carrying a pail of steaming hot milk for the families breakfast. Walking beside her is her trusty Great Dane, a huge fawn, with a black muzzle, who's only interest is the contents of the pail.

She notices a flash of light in the distance and sees a strange vessel pierce the dark, rapidly closing in on her. She watches it pass overhead and settle in a field just past the barn ....

This girl carries a steaming pail of milk in the early hours of the morning.....for breakfast which is hours away. Obviously one of those new fangled insulated pails

She 'watches it pass overhead' while still in the house walking towards the kitchen. Nice X Ray vision there.

The 'trusty' Great Dane apparently can't be trusted to notice flashes of light and the noise of some vessel about to land in a field close by.

Hahahaha.... this isn't SF it has to be a send-up. And I'd suggest some competent editor, which obviously doesn't include the Crowd called Peeper, changes 'families' to 'family's'.


Moffie, this is the main thread for the story. Comments, critiques and other discussion of the thread should be posted on the chat section as clearly explained.

Honestly, the 70 plus brigade on this board are incapable of following simple instructions that a child could follow.
Plum, you might want to start this off yet again . . . and maybe apply a ban for doddering old fools who can't read, can't copy-and-paste and have no interest in taking part but only want to spoil this idea for everyone else.
PS The real joke is that Moffie only picked up the one grammatical error in Klown's piece. Wehe . . . the pompous old windbag is not as clever as he thinks he is! LMAO!

A dark haired girl walks back toward the kitchen in the early hours of the morning, carrying a pail of steaming hot milk for the families breakfast. Walking beside her is her trusty Great Dane, a huge fawn, with a black muzzle, who's only interest is the contents of the pail.

She notices a flash of light in the distance and sees a strange vessel pierce the dark, rapidly closing in on her. She watches it pass overhead and settle in a field just past the barn ....

The obvious thing to do is call for help, but she is drawn almost magnetically to the landing site. She inexplicably places her mobile phone back in her pocket and slowly makes her way out of the back door, closing it quietly behind her. Her beloved dog Grubber, now stuck inside, peers at her curiously from an adjacent window. She moves in the direction of the strange craft which, unlike moments before, is now engulfed in darkness. She trembles as she peers around the side of the barn. She is about to step out from its cover when she is embraced tightly from behind. A calloused hand instantly covers her mouth. The quivering fear in her neighbour's whisper sends pulsating shocks down her spine. "They're everyhere!" After a moment he continues. "I just heard a warning over the radio. They are not here for peace"....

"5) Discussions on plot and character progression are to take place on concurrent thread."

Can we only have story on this thread. Any discussion to go on to the concurrent thread.


"We've got ten minutes. Lets make them count and hope it's an easy fix," says captain Bilzerian as he hunches over the monitor.

"Ten minutes if we're lucky," adds Riley. "If Holo needs to expand to two hundred feet or raise it's affect setting by one factor, then we've got only six minutes to get off the ground."

"This is supposed to be fool proof technology. The best there is. Reverse engineered to perfection and ready to take on the world," the captain says angrily as he slams his hands down onto the counter.

"Their heart rates are climbing. Her's jumped when he joined her and it's over 96."

"Agreed, they're probably shitting themselves," Bilzerian says as he reaches for his ship's control module. A sandblasted aluminum sphere, two hand lengths in diameter and set into the counter beside him. Half of its height protruding from a mat black counter.

"Reviewing diagnostic results sir. Yeah, it's one of the return matter repulsion tubes. That's why there's three in every vehicle. Two break before you even get there."

"Fire B system Riley," says the captain calmly as he prepares his hand on the sphere.

"Already doing it sir. Aaand , we're good," Riley reports as she looks over at Bilzerian.

"Confirmed. Control is on, lighting up. Lets hope this thing doesn't break down again on the way home," he mutters as his attention turns back to the monitor in front of him.

"As the ships medical officer, I must inform you that this is a noteworthy anomaly, sir." Ben's ever widening eyes inform the captain.

"She's at fifty feet and approaching. Damn, this is a first," Riley exclaims to the group.

"We have some time, lets see what she does," Bilzerian orders his crew.

Outside of the vehicle a woman walks toward a glaring white light. It's the same light she saw come down out of the sky. It went off when it landed and now it has come back on. Inside of the light she can see what looks like a darkened disc, almost as though a flat coal in a white fire.

She had been frightened by the creatures at first, but as they stood menacingly around her now, she knew that they were not real.

It was clear to her that these images were coming from this now brightly lit machine that stood a few feet away. Why did it want to scare her? And why this time? It was never like this before. Something was not right.

She looks beyond the projected images of the creatures around her and on toward the craft, asking “Why this time? What is this?”

“Ben, we have to, it’s protocol,” the captain answers as he now sits upright with his arms resting on the counter and his focus fixed on the monitor.

Bilzerian turns towards Riley whose confused eyes are already fixed on him.

Ignore. I posted a follow up to bluebok's chapter and hit submit before I saw Plum had already posted the next chapter.

'Capitalize a job title that comes immediately before the person's name or is used as part of their name when addressing them. In this case, the job title is usually replacing their first name.'

"5) Discussions on plot and character progression are to take place on concurrent thread."

Can we only have story on this thread. Any discussion to go on to the concurrent thread.


I think we should only have one thread.

Well go make that suggestion on the chat thread Sharktwat and if we all agree then we'll do it.

"We are not here with you now," the girl heard a voice inside her head say.

"Who is?" she asked, taking half a step back.

"Your kind," the voice said.

"Why are they here?"

"Your people have been using our machines for many years. Our weapons are used by humanity to wage war upon itself," she heard the voice say as the craft remained motionless inside of the white light.

Her brow furrowed slightly before she asked "Why do you not stop them?"

"Humans acquired our technology through the breaking of an agreement which your leaders and our emissaries had made. Further treaties that extend beyond your solar system dictate that we may not intentionally interfere with human technological progress."

"But you already have," the girl said with some confusion in her voice.

"No. We have not. The theft of our technology was an act of deception by leaders of humanity. The Treaty of Twelve dictates that we  may not respond in kind and we must always uphold our agreements with lesser civilizations, regardless of any eventuality," the voice proceeded methodically.

"Your mistake was to make an agreement with earthlings and expect us to honor it," she replied  as her eyes narrowed.

"No, Rawiri. The mistake was to make an agreement with the wrong..."

"Wrong? Hey, wrong what?" She stood back, waiting for a response. "Wrong what?" she asked again.

There was no answer. This had never happened before. There was always an answer. Rawiri stood in front of the craft, the light on her face giving it the appearance of white and pale glass. Slowly, she stepped backward from the craft and it took her a moment to realise that the images of the menacing little monsters were no longer around her.