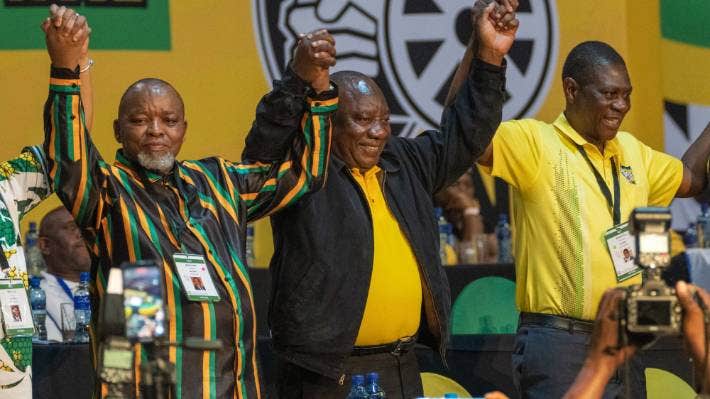 Gwynne Dyer is a UK-based Canadian journalist and historian who writes about international affairs.

OPINION: “Don’t have a couch stuffed with cash? Don’t worry, you can keep reading for free,” read the ad on the website of the ‘Daily Maverick’, a tough and sometimes very funny South African news site.

President Cyril Ramaphosa’s cash-stuffed sofa has become a powerful, universally recognised meme, but it still hasn’t brought him down.

Ramaphosa was Mr Clean, thought to be so rich that he wouldn’t need to steal. The job he sought and got in 2017 was to oust South Africa’s previous president, Jacob Zuma, and clean up the corruption.

Zuma and his cronies were spectacularly corrupt, turning the machinery of government into a cash dispenser for themselves in an operation known as ‘state capture’.

Even the ruling African National Congress (ANC), which led the liberation struggle and has been in power ever since, knew that he had gone too far.

They voted Zuma out, and Ramaphosa in.

Nobody gets to be a billionaire (not even a rand billionaire) without cutting a few corners, but Ramaphosa had the support of South Africa’s business community, which was being choked by the corruption.

He was also seen as the last, best hope by the remaining uncorrupted parts of the ANC, which has seen its vote fall steeply in recent elections.

Once in office, he did act against some corrupt individuals, but there was certainly not the kind of decisive cleansing of the party that his backers had hoped for. 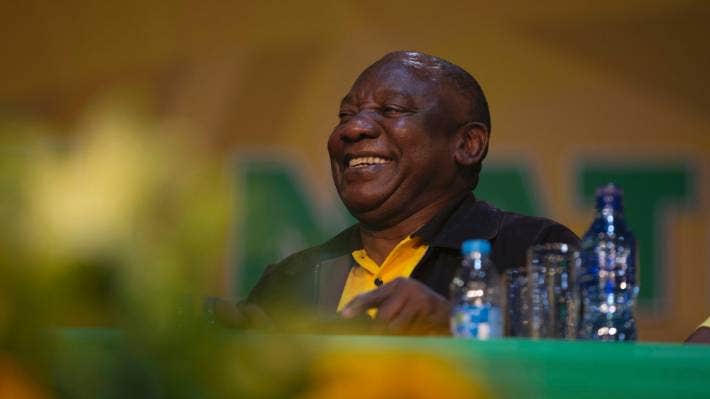 Zuma’s faction, based mainly in the Zulu-majority province of KwaZulu Natal, continued to hold senior posts and influence policy, and five years later Ramaphosa is seen by many as a disappointment.

A disappointment, but at least not a crook, so for the want of a better candidate he was still seen as a shoo-in for re-election as president of the ANC at the end of this year – which would automatically make him the ANC’s candidate for the presidency of the whole country again in the national elections in 2024.

But then came the Affair of the Overstuffed Couch.

Last June, a crony of Zuma’s reported a theft to the courts – a theft of somewhere between $400,000 and $4 million, which had been stuffed down the back of a sofa on Ramaphosa’s game farm in northern South Africa.

Ramaphosa did not report the theft, as he was legally obliged to.

Instead, he sent the head of his bodyguard to Namibia to recover the stolen money, and said nothing about it.

Maybe it wasn’t the proceeds of corruption, but at the very least he was hiding money that he should have reported and paid tax on.

No longer Mr Clean, Ramaphosa was nevertheless chosen again as party leader and presidential candidate for 2024 at the ANC’s national conference last weekend, mainly because they had no more plausible candidate.

But it was close: Ramaphosa got 2476 votes, and the pro-corruption, pro-Zuma candidate, Zweli Mkhize, got 1897. 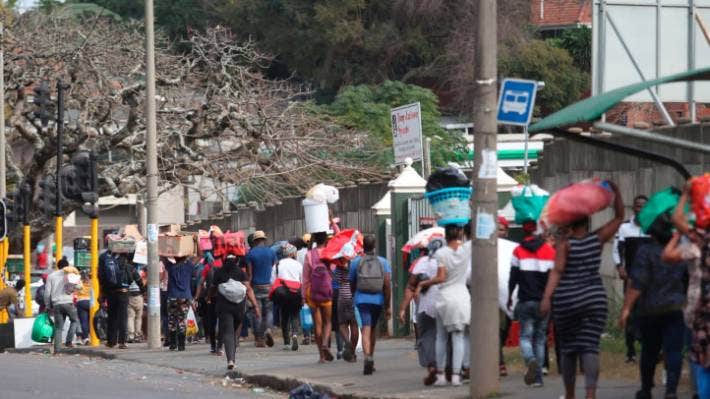 AP
In 2021 the military struggled to quell the violence in KwaZulu-Natal (file photo).

How has it come to this? The ANC was once revered as the ideal model of an African liberation movement; now it’s a cesspool.

About seven years ago, when the rot was already far advanced, a friend of a friend gave me one kind of answer.

He has worked for the ANC most of his adult life, and he told me that if he had known in 1984 what South Africa would be like today, he would have been ecstatic.

Apartheid was entering its last and most violent phase, and hope was very scarce.

But if he had been told what South Africa would be like now 10 years later, back when apartheid ended in 1994, South Africa had its first free election, and Nelson Mandela became president, he would have been in despair.

How could all those high hopes and good intentions have ended up in the cesspool?

The point he was making was that the future South Africa that would have delighted him in 1984 but appalled him in 1994 was exactly the same country. What had changed was his expectations for the country.

Just as the evil of apartheid could not survive in an Africa that was leaving colonial values behind, the high-minded idealism of the philosopher kings, Nelson Mandela and Thabo Mbeki, was bound to give way eventually to the grubby wheeling and dealing of lesser ANC members.

The current ANC members are driven by a boundless sense of entitlement. They sacrificed for the country, they believe, so now it’s the country’s turn to reward them. It was almost bound to wind up here, but this isn’t the end-point either.

It will probably survive a while longer by forming various coalitions with other parties, but the entitlement will have to go.

And maybe – just maybe – South Africa will be able to move on to a more normal kind of politics.

The above analysis is true.   There are allegations that some of the money found on Ramaphosa's farm came from some African leaders and millionaires who needed protection from prosecution and was intended for use by the ANC to fund their election campaigns,   The Dollars were illegally brought into SA by Ramaphosa's senior assistants having diplomatic cover.

In the meantime the ANC has not been paying their staff salaries recently and that shows that they would steal money from their own party now compared to outright theft from Government resources under Zuma.

The fiasco's caused by the ANC has led to a disastrous result for them in the 2021 municipal election - when the ANC ended up with 42% of the votes cast.   Ony 8 million of the 26 milion registered voters turning up to vote.   Since that election the living conditions of all South Africans have deteriorated badly and their is no hope for improvement at all - the country is bankrupt - everything possible was looted  already.

In one court case about the murder of a local ANC member of a Municipal Council - the statement came out.   The murdered member was stated had enough to "eat" - it was time for a competitor to "eat" in future,   Does that tell you anything about ANC attitudes?

Crooks the bunch of them, even the more presentable ones...Vlag was right, Cyril was a demon in sheepskin...5 years on and things are even worse than under Zuma...I feel a fool for hoping things would improve .


Unfortunately the rot really started in 1948.

When one group circled the wagons and excluded all reasonable. honest and proud South Africans from participating in the growth that SA was capable of at the expense of all "Others".

Sure a slim minority of "others" managed to exist and flourish under this group but the rest and by far the majority of people suffered terribly during that time.

Anger, resentment and criminal activity was normal in most cases in order to survive for the "others" and has unfortunately become a normal way of life for some even today.

Sadly the chickens have come home to roost and now experience what life was like for the "others".

What a pity for all but the GROUP.

Sure corruption is alive and the ANC is corrupt but they only perfected the system that was in place since 1948 for their own  group.


True that...it's almost as if the Nats and the ANC were in cahoots from the get go...created the perfect storm...every time we think we've defeated the enemy, he comes back stronger.

Vlag was right, Cyril was is a demon in sheepskin

I agree with AJH on corruption in SA when the Nats were in charge.   In the first Department none occurred - administrative functioning made it impossible.   In the second Department there was petty thievery on a large scale present - and a level of incompetence on management level did not prevent the thieving.   In the case of the third Department it was tight - until the politico's took over and the systems collapsed.

There were indeed Cabinet Ministers also involved in enriching themselves illegally- but it became more blatant in the late 1980's and early 1990's.   What is clear is that the media was restricted by the Government from publishing allegations of malpractices - but their is enough evidence that would have been done - ut never done.

The situation prior to 1994 was poor - but since then the level of massive briary and corruption on all levels of Government led to the appointment of the Zondo Commission and is despite that appointment continuing.

The thing that worries a lot of people is what will happen if the ANC loses control of Government - will the successors not even be worse than the ANC  has become?