The uncertain promise of Electric Cars

All the in crowd  can be spotted driving EVs these days. Hell I bought a Tesla Plaid, but more to experience the performance. The majority of my friends seem convinced these cars are going to save the planet. But there are a few flies in the ointment.

Firstly your typical EV takes 40% more carbon to build than a conventional car. That investment in carbon is paid back over the life of the vehicle. So supposedly after 50% of a car’s life you cross over into positive carbon. But that assumes a low powered EV and most of the in crowd want the powerful long range EVs. A higher powered one might get there at 80% of car life.

And it’s all predicated on the source of electricity generation….overweighted to hydro electric in the calculations. A more typical mix and higher powered EVs eliminate much of the benefit.

Then there is the pull forward effect of the additional carbon investment to build EVs. Given the long ramp up we are almost certain to see a negative effect from EVs for at least a decade. But there is another issue….we will still be building more iCE cars for the next ten years.

MIT estimates EVs could increase from 10 million in 2020 to 180 million in 2030. But over the same period they project ICE cars are likely to go from 1.2 billion to 1.8 billion. An increase of 600 million vs an additional 170 million electric cars. The massive production system we have created over a 100 years can’t be flipped with a switch.

This at a time when things are supposedly at a tipping point. At this crucial juncture the environmentalists destroy nuclear, the best electric source from a carbon perspective after hydro. ..and we put all our efforts into electric vs making ICE cars more efficient.

If we mandated a return to 1990 performance, fairly measured, for every ICE car….we can have a bigger, more immediate effect on carbon. And for the huge existing base, new chips could be devised and retro fitted to improve mileage. Again an immediate effect.

Doing this and expanding nuclear which would ultimately be the ideal partner for electric cars,  gives us a practical path forwards. Don’t sell your Tesla stock though, getting results isn’t what the activists want, ripping up the industrial complex is far sexier. If the world really believed the end is near we would be building nuclear power stations as fast as we could.

I bought a little natural gas stock today….it’s bound to become more valuable as the environmentalists stop pipelines to distribute our most immediate energy resource.

Eco-Fascism; the earth is not dying. The sooner this earth worship cult dies the better.

For once we can agree.


You would  be far better off just sticking with moz……the next big crisis is going to be a shortfall in fuel supplies. Rising fuel prices are far more likely to stop the Biden coalition than a bunch of whining about the last election.

Oil has been the mainstay of many industries for ages and will never be destroyed by any "Green Liberal Scheme".

Wind, solar and wave electrical systems will struggle to fill the requirements and growth demands for electrical power although here in British Columbia Hydro Power has been in operation for decades and is clean and affordable.

Unfortunately many countries do not have the water volume that we have so it is not a global solution.

The only other option is Nuclear Power but the nuclear waste it generates is a major issue to store and seal for both life and nature.

Irrespective of what is designed, grown or built, oil is and is a gift as is water from Mother Earth.

So no electric car for me.

Nuclear is an accident waiting to happen, and it could even fall into the hands of terrorists.

Oil is still better than green in so many cases, but oil will be the first fossil fuel to run out. Different sources say different stuff so it is not clear when this would happen, but some reports suggest that by 2050 oil will have run out or become so depleted it is more expensive than other means of energy.

Green energy needs to improve faster. As with anything, it benefits from the advances of technology- but they need to push harder to drive R&D themselves and get better results

Nuclear is a 1950s technology that has had very few issues…and some have been caused by location like the Fukashima. With much better modern electronics and construction we should be able to make it bullet proof. It has the second best carbon footprint after hydro and much wider applicability.

What will cause it to grow faster?    Both sun and wind electricity has deficiencies  an some severe  deficiencies.    In the case of bird life it really destroys bird life.     It is not the anwer to electricity needs  in the world.    Sad to say the idea of absolute control over people ingrained i the greens movement  is disastrous and  the Greens themsel ves will see economies destroy if it aids their deficient  ideas.

What will cause it to grow faster?    Both sun and wind electricity has deficiencies  an some severe  deficiencies.    In the case of bird life it really destroys bird life.     It is not the anwer to electricity needs  in the world.    Sad to say the idea of absolute control over people ingrained i the greens movement  is disastrous and  the Greens themsel ves will see economies destroy if it aids their deficient  ideas.


Well unfortunately it has become the call to go GREEN at all costs including WEED.

So expect major increases in electricity costs and we all know that the end costs will be inflated at all levels and we the consumer will be called upon to bear the increases.

"Sad to say the idea of absolute control over people ingrained i the greens movement  is disastrous and  the Greens themselves will see economies destroy if it aids their deficient  ideas. " 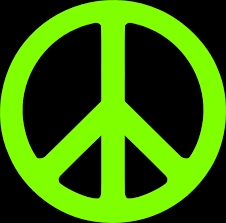 They have an agenda, and earth worship is just part of it...and they are playing both sides...

Was this the string that predicted the 2022 mess ….or what?