Trump is trying to make a comeback. It’s not working

Forum » Beenos Trumpet » Trump is trying to make a comeback. It’s not working

Once again, the legal pitfalls and enthusiasm deficit that plague Donald Trump’s bid for the 2024 Republican nomination are on display. On Thursday, a federal judge imposed $938,000 in sanctions on Trump and his lawyers. Meanwhile, an appearance touted by Trump as a major campaign event was nothing more than a closed-door speech to deep-pocketed election-deniers at a Trump property.

For those looking for uplift from a Trump campaign, those days are over. Rather, personal grievance and claims of a stolen 2020 election will likely be his dominant themes. For the 45th president, that may bring catharsis. For everyone else in the Republican party, that spells chaos, headache and the possibility of another Trump defeat at the hands of Joe Biden and the Democrats.

“Mr Trump is a prolific and sophisticated litigant who is repeatedly using the courts to seek revenge on political adversaries,” the court thundered in its ruling. “He is the mastermind of strategic abuse of the judicial process.”

Judge Donald Middlebrooks shredded Trump and his lawyers for bringing a failed and frivolous racketeering lawsuit against Hillary Clinton, her political allies and a passel of ex-government officials. In the judge’s eyes, the lawsuit was little else than a repackaged Trump campaign stump speech.

A day later, Trump dropped a separate lawsuit filed against Letitia James, New York’s attorney general. That case too was pending before Middlebrooks, who similarly viewed that matter as “vexatious and frivolous”. The threat of sanctions hung in the air.

As for the Trump speech the public never heard, it now is another self-inflicted nothingburger, up there with his much-touted Trump NFT superhero trading cards – a waste of time and attention, a lost opportunity.

Earlier in the day, Trump had vowed to deliver a major political announcement later that night. He also promised to resume his signature rallies. Instead, he spoke behind closed doors at Trump Doral, his resort in Miami, to Judicial Watch, a tax-exempt group ostensibly dedicated to promoting “integrity, transparency and accountability in government and fidelity to the rule of law”.

Rule of law? Not so much, actually.

To be sure, Trump still leads the pack of prospective Republican presidential nominees. No other Republican contender possesses the same rapport with the party’s white working-class base; no one else is owed so much by Kevin McCarthy, the beleaguered speaker of the House.

By the numbers, Trump retains a double-digit advantage over Ron DeSantis, Florida’s spite-filled but mirthless governor. So far, the 45th president’s mounting legal woes, listless campaign and friction with the evangelical leadership have not displaced him from his perch.

At the same time, the Republican field appears poised for a growth spurt, and if 2016 teaches anything, it is that more actually is merrier from Trump’s vantage point. It dilutes the opposition.

Apparently, Pence is betting that abortion and the supreme court’s decision overturning Roe v Wade may get him to the promised land. Or not. In case Pence forgot, voters in otherwise reliably conservative Kansas and Kentucky rejected abortion bans.

Meanwhile, Mike Pompeo, Trump’s secretary of state, and Nikki Haley, his one-time UN ambassador, are publicly engaged in a personal spat. In Never Give an Inch, his soon-to-be released memoir, Pompeo trashes Haley for “abandoning” Trump and being less than consequential.

Celebrity Apprentice is back. “Haley has become just another career politician whose ambitions matter more than her words,” Taylor Budowich, a former Trump spokesman who sued the January 6 committee, has since chimed in.

To be sure, Haley gives as good as she gets. She accuses Pompeo of peddling “lies and gossip to sell a book” – arguing that Pompeo “is printing a Haley anecdote that he says he doesn’t know for certain happened this way”, to quote Maggie Haberman.

Yet for all of his would-be opponents’ missteps, Trump’s road to re-nomination won’t be a coronation. His mojo is missing, his aura of inevitability damaged, if not gone. In the two months since Trump announced his candidacy, he has barely ventured from the confines of Mar-a-Lago, his redoubt by the Atlantic.

There is also the primary calendar. Trump could well face Chris Sununu, New Hampshire’s popular governor, in the state’s primary. A Trump loss in the Granite State would be monumental. He won that contest seven years ago. And down in Georgia, governor Brian Kemp may be aching for revenge.

Beyond that, Trump has suffered a series of recent legal setbacks. Last month, a Manhattan jury convicted the Trump Organization on tax and fraud charges. As a coda, the court imposed $1.6m in fines, the maximum allowed under state law.

Then there is the pending sexual assault and defamation litigation brought by E Jean Carroll. At a rage-filled deposition, the ex-reality show host flashed moments of verbal incontinence. There, he confused the plaintiff with Marla Maples, his second wife. In that split second, his much-hyped “she’s not my type” defense may have vanished.

The near future does not appear much brighter. A trial is set for later this spring.

Meanwhile, the special counsel moves ahead and the Manhattan district attorney reportedly shows renewed interest in Trump Organization payments to Stormy Daniels. Along the way, Michael Cohen has resurfaced. The circus is back.

To top it off, in Georgia, a Fulton county court will hear arguments this coming week on whether to release a grand jury report on the 2020 election. If indicted, Trump’s fate on extradition could well rest with DeSantis. Now that’s ironic.

Seems like good ole Donnie the two time Loser has a few tricky little hurdles to negotiate ......not saying he won't succeed but losing a bit of weight ain't gonna help.....not in these cases if you get my drift. But good luck to him all the same, he's undeniably a good sport. 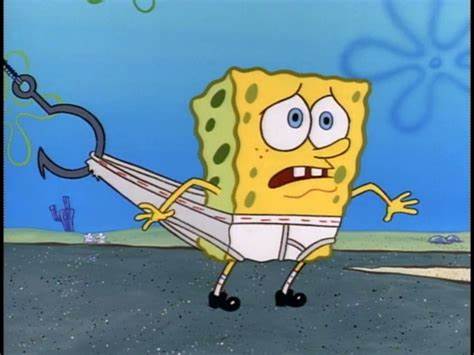 Analysis by Glenn Kessler
,
Salvador Rizzo
and
Meg Kelly
,When The Washington Post Fact Checker team first started cataloguing President Donald Trump’s false or misleading claims, we recorded 492 suspect claims in the first 100 days of his presidency. On Nov. 2 alone, the day before the 2020 vote, Trump made 503 false or misleading claims as he barnstormed across the country in a desperate effort to win reelection.

This astonishing jump in falsehoods is the story of Trump’s tumultuous reign. By the end of his term, Trump had accumulated 30,573 untruths during his presidency — averaging about 21 erroneous claims a day.

What is especially striking is how the tsunami of untruths kept rising the longer he served as president and became increasingly unmoored from the truth.

The fact checks in the database amount to about 5 million words and many include links to sources that debunk Trump’s statements.

The Trump claims database was nominated by the Arthur L. Carter Journalism Institute at New York University for inclusion in a list of the Top Ten Works of Journalism of the Decade. “The project is a sterling example of what journalists should do — holding the powerful accountable by using reporting and facts,” the nomination said.

Although present polls indicate otherwise neither Trump nor Biden should run as Presidential candidates in 2024.   Biden is corrupt and incompetent and already suffering from dementia and a puppet-president as well.   His puppet masters decide on anything substantial and he has no option but to follow their instructions.   Trump has been accused of anything possible and since the media lied as well on many issues he is distrusted by the majority of the USA population.

Nobody wants the divisive situation in the USA and weakening of the country to continue on a downward trend so a new honest canddiate like De Santis is the answer on the Republican side.  On the side of the Democratic Party the puppet-masters controlling the Party will decide on the candidate of their choice and their propaganda machine will take the candidate further.

The fact is that the media seems to be used to get rid of Biden before 2024 as he is a proven embarrassment for the Party and the campaign based on discovery of classified documents Biden left all over the show is a stepping stone they are using to get rid of him now and find somebody to replace him as candidate in 2024.

Just a moment while I erm umm do a bit of tweeking...

DeSantis however is a drag queen.

What do you think she should wear to her inauguration?

Somebody is looking for fashion tips…

There are plenty of fashion tips for girls on line, Dentsie

“ What do you think she should wear to her inauguration?”


As I have said before, I am not a massive fan of Trump, never have been.....he can be a arrogant egotistical prick........ but I do believe that he did a hell of a lot of good for the USA as president.... whilst also pissing off too many other people around the world, with his assertive and arrogant, often narcissistic attitude....

However, at the same time.... all these claims that have been made against him... accusations of fraud, illegal activity, collusion, tax issues, classified documents, shady business dealings, dodgy lawyers..... bribery.... etc etc.... not one single claim or charge has been proven, that he is in fact guilty.... not one....

For a individual that has been far more investigated than any other American that I can think of in living memory , throughout the US history.... that does say a hell of a lot

And then some idiot wants to increase that amount.

I still cannot comprehend that Biden and Harris are even still in office...and I genuinely mean that....

When you watch Harris try and answer even a remotely intellectual or intelligent question... she just mumbles her way through, whilst looking around and nervously laughing .... she is a utter disgrace... and all to get the black vote...sickening

They are quite honestly two of the very worst candidates you could ever have, to represent the USA in any aspect at all...

About the issue of lies - if Trump spread 30 000 plus lies -- the Democrats spread 30 000 000 lies about him.   The Russian collusion made up  20 000 000 of those - the other 1 0 million came from the establishment in Washington (and that includes the bureaucracy) hatred of him.    They feared him because he posed a threat to their normal practices of bribery and corruption.   The fact is that even Clinton in comments on a possible loss in the 2016 election shouted to the Chairperson of the DNC that they must do something to stop the potential Trump victory saying that |Trump will have them all hanging".

The fact is that if politicians are judged on lying - the present lot will all be convicted of lying.   Biden has a larger ability to come up with show-stoppers all the time.   Whenever he goes off the script on his teleprompter he comes up with some really big lies about his achievements in life as a student and  politician.    His first comrade in the Senate was another Democrat who used to be the leader of the KKK and Bden always praised him - now he claimed he attended Black churches at the time.   He was arrested by the SA Police when on his way to see Mandela in Soweto when Mandela was still in prison near the Paarl.  Even his companion at the time Young revealed it never happened,

Not fixed at all.   If there is a corrupt liar and real thug it is Biden - not Trump.

Biden and Trump are habitual liars and Thugs.

Fixed it for all of you.