In an article from last week, some new revelations regarding the ufo phenomenon had been made.

The evidence has been mounting up for a very long time but the talk around the subject is now reaching a seeming crescendo where further revelations are all but inevitable.

Here is the most interesting part of the article.

A consultant for the Pentagon U.F.O program is speaking out about retrievals from “off-world vehicles not made on this earth.”

Eric W. Davis, an astrophysicist who worked as a subcontractor and then a consultant for the Pentagon U.F.O. program since 2007 told the New York Times he gave a classified briefing to a Defense Department agency as recently as March about the alleged “off-world” vehicles. He also gave classified briefings on retrievals of unexplained objects to staff members of the Senate Armed Services Committee and the Senate Intelligence Committee last October.

Davis said that in some cases he had failed to determine the source of recovered materials, leading him to conclude, “We couldn’t make it ourselves.”

And before anyone goes off on some redneck abduction tangent, note that this is all happening at high levels of military and government.

You've really got two choices at this point.

1) Start opening your mind to the possibility of the existence of highly advanced extraterrestrial civilisations visiting earth, or...

2) Be very afraid as the human race is about to suffer a great deception. The likes of which will change human culture almost overnight and irreversibly.

My feeling is that, either way, psychiatrists around the world are gonna be making bank in the coming years.

It is safe to say that no matter what happens we will ALL be affected by what occurs around this topic in the coming year.

My advice is, spend some time thinking about how you would assimilate this into your reality if it were to be officially disclosed by the world's major governments because it seems very likely to occur towards the end of the year.


HA, HA, HA, HA
These type of articles have been released for the last 40 years, yet somehow the aliens change their mind at the last moment about revealing themselves.
The articles always start off with a senior Pentagon official said "Xyz". It is all about to happen, but nothing ever happens...
It is like those people who believe the end of the world is going to happen on a certain date, but that never happens... The date comes and goes but the world remains...
Even Trump said that there is aliens... What a joke. Tucker Carlson is another alt-right pig-like his pal Trump.
This is not having an open mind- it is just being stupid to cling to any form of conspiracy to explain an alternative reality.
Obviously there are aliens somewhere in the universe, but if they were here now - and some humans knew- then everyone would know. It is not a conspiracy.
The Pentagon closed this department some time ago, as it was given such little budget as time went on. Even the red necks have moved on from this garbage.
National Review your source-  is a far-right media source targeted at dummies. 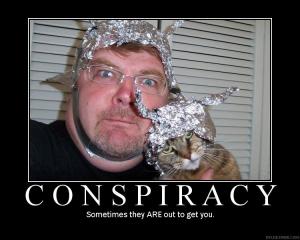 Don't you think that placing adverts in the middle of users posts is a bit low...even for you/Ruckers?
I mean, you are obviously quite shit at marketing but one has to wonder if you are so desperate for money that you have to flood posts with adverts? You realise that hardly any respectable forums do that?
How much good will it do for the site in the long run?
Anyway, I now understand why you guys never answered any of the emails during the WC competition.
...because you are generally stupid and incompetent.
On a side note, most respectable people that run forums tend only to take part as administrators. Just saying.

Not sure what he's up to in this case but if he does seriously think that Sharkbok is the editor of this forum then that's pretty funny.

There you go shark you absolute shitstick.

How is the NY Times for a far-right conspiracy outlet?

And I added nine more links just for fun!

Gosh, what a toolbox you prove to be. Without fail, every day.

Bum Plum, you are getting very close to a permanent suspension from this website.

We have spoken in-depth about your antics, and feel that you fit into our COVID misinformation policy with constant conspiracies.

I take it you want to veer far away from your earlier blunder talking about it being right wing conspiracy news?

I even posted a link from a news site in India...We know what giant Nazis the Indians are.

"We", you mean you an pops? How is the old coffin dodger? Able to answer emails yet?

We never answered any of your emails during the world cup because you are a prick. It is that simple. Expect your suspension from this website during the course of this week.

One wonders if you two gimps would be able adequately suspend someone from a site.

I have serious reservations about your collective ability to click a few buttons in the correct sequence.

If you require assistance, then do let me know.

Until then, do you have any comment on the Nazi conspiracy newspaper known as the NY Times?

Looks like you two do need my assistance after all.

I won't charge, promise. Call it charity, public service or plain old helping the the inept.