Vaccination Passports: The Cornerstone of a Totalitarian State

Ex the Canadian Free Press. Very good article. The Globalists are doing their utmost to control the masses nd drive forward their one world government agenda. Its looks like its about the Mark of the Beast.

Vaccination passports, like Joe Biden and Kamala Harris want everyone to be forced to carry, are profoundly un-American.

This data-driven authoritarianism, if it comes to pass, will wash away what remains of the rule of law and the Constitution, and annihilate the American way of life.

First, the Chinese Communist Party (CCP) inflicted their possibly lab-designed Wuhan Virus on America, and now we get their Social Credit System, their totalitarian digital architecture for society as well.

The Biden-Harris administration is now working on a “vaccine passport” for Americans to carry to prove they have received a vaccination against the novel coronavirus, according to the Washington Post.

“The passports are expected to be free and available through applications for smartphones, which could display a scannable code similar to an airline boarding pass,” the Jeff Bezos mouthpiece reports. “Americans without smartphone access should be able to print out the passports, developers have said.”

New York State is already moving forward with a “excelsior pass,” which is expected to be required in order to access “arts, entertainment, and event venues.” Individuals will be forced to display a QR code on their smartphones to partake in cultural enrichment.

China’s social credit system is about power and conformity

“This is going to hit all parts of society, and so naturally, the government is involved,” Andy Slavitt, acting director for the Centers for Medicare and Medicaid Services, said during a White House briefing on the ongoing pandemic.

Most Americans have no idea what a social credit system is. “China’s social credit system is about power and conformity,” U.S. Rep. Mark Green (R-Tenn.) explains in a Fox News op-ed. “It’s an attempt to shape citizens into the CCP’s ideal subject: don’t ask questions, disobey or think for yourself.” (WOW now wouldn't that suit dummies like the stinker group. They belong in China. Its a natural fit!)

It also resembles the Left’s “cancel culture” in the United States in that they both share the goal of “ensuring conformity to one ideology.”

Under the CCP’s social credit system, “‘bad’ behavior lowers a person’s score and can make it difficult for them to buy, sell, travel, get loans or send their children to college. ‘Very bad’ behavior, such as political dissent, can get someone and their family members blacklisted, making it difficult for them to function in society,” Green writes. (Remember without the Mark you wont be able to buy or sell says the Bible - looks like this is what these nutjobs are planning)

To enforce their national blacklist, the Chinese Communists have created a unified record system to allow the government to track individuals and businesses and assess their trustworthiness. It is not at all like the U.S. credit reporting agencies Experian, Trans Union, and Equifax, which don’t have the iron fist of a totalitarian government backing them.

The Chinese system punishes those who engage in religious worship, play loud music, eat on public transportation, violate traffic rules such as jaywalking, fail to show up for restaurant or hotel reservations, fail to correctly sort waste, and smoke tobacco. Conversely, the system rewards those who donate blood, donate to charity, perform volunteer work, and use social media to praise the government. Those with favorable scores are rewarded with reduced waiting time at hospitals and government agencies, discounts at hotels and on energy bills, job offers, and better interest rates at banks.

Punishments include denial of high-speed rail tickets, denial of admission to private schools, slow Internet connections, and exclusion from prestigious work. Derogatory information about individuals deemed untrustworthy is publicly available and easy to locate. Debtors’ names and faces have been displayed before movies at movie theaters and on large screens on government buildings.

The system is related to China’s mass surveillance systems such as Skynet, which uses facial recognition and other technologies. Skynet, by the way, just so happens to be the name of the fictional all-encompassing artificial intelligence system from the Terminator movie franchise that becomes “self-aware” and attempts to eradicate humankind by nuclear attack.

“Yet after hearing demands from the far left to silence conservative voices, and after watching big tech and big business band together to deplatform conservatives, I’m beginning to think America could be like a frog boiling slowly in a pot,” he writes.

“What are the signs that the U.S. has its own social credit system? What else do you call it when a Democrat senator demands Republicans be put on a no-fly-list for how they voted, or when an editor is forced to resign for allowing a Republican to publish an opinion piece in the editorial section of his newspaper?”

But would a vaccination passport system morph into a Chinese-style Social Credit System here in America?

Wolf told Steve Hilton on Fox News Channel that a mandatory vaccination passport would be “the end of human liberty.”

“How does [China] keep a billion people under the thumb of a totalitarian regime? The CCP can find any dissident in five minutes, and that can happen here literally within months.”

“I cannot say this forcefully enough: This is literally the end of human liberty in the West if this plan unfolds as planned,” she said.

“‘Vaccine passport’ sounds like a fine thing if you don’t understand what these platforms can do. I’m the CEO of a tech company, I understand what this platform does. It is not about the vaccine or the virus, it is about your data. What people need to understand is that any other functionality can be loaded onto that platform with no problem at all.

“What that means is that it can be merged with your Paypal account, digital currency. Microsoft is talking about merging it with payment plans, your networks can be sucked up, it geolocates you wherever you go. All of your medical history can be included—this has already happened in Israel.

“And six months later, we’re hearing from activists that it is a two-tiered society and basically activists are ostracized and surveilled continually. It is the end of civil society and they are trying to roll it out around the world. It is absolutely so much more than a vaccine pass, it is—I cannot stress enough that it has the power to turn off your life, or to turn on your life, to let you engage in society or be marginalized.”

Illegal aliens may not need a real passport to get into America, but actual Americans may soon need a vaccination passport to travel inside America if they don’t take action.

America needs to get back to being America, not this nightmarish dystopia we are rapidly becoming.

The UK Govt are also wanting us all to carry these passports ( allegedly at £20 a pop ). There’s really no rational excuse for this as one is given a card to carry once they’ve been jabbed, with a time and date on it. It’s strange the press haven’t thought of this as another reason to be anti the passports !

Those old sci fi movies, where EMP blasts reset the world back to the iron age, used to seem like a horrible end.

Now, with each new grab of power by government and big tech, it slowly begins to look like the only solution.


Line them up for the Mark of the Beast jab. No escape this time. 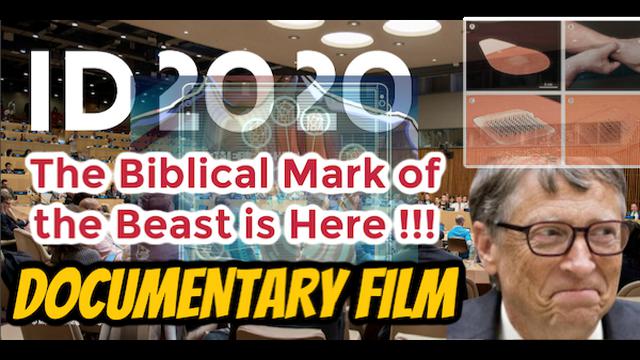 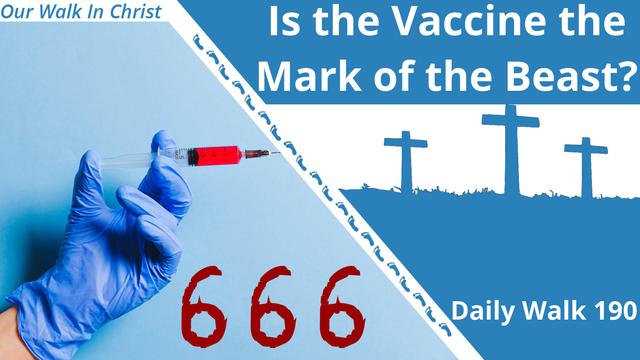