Today many folks know that the withholding of therapeutics like Ivermectin and HCQ would have stopped the Plandemic in its tracks. That knwledge is dynamite as folk then know they have been attacked , made very sick and some have died. (Personally I think that the Fauci Protocols using Remdesivir, Midazolam and Ventilators killed of the vast majority who died in hospital in any case).

The people are waking up much to the horror of the Globalist elite depopulationists.

KiwiBlokeDaza@KiwiBlokeDaza
15h··New Zealand Politics
Who would have thought Horse Paste* will be the catalyst secret weapon that finally topples the CORRUPT Jacinda Ardern Labour government - kek[Note Date below = ALL the Evidence needed for anyone to SEE for themselves]How awesome is it for the History Books, that the secret weapon catalyst what finally brings down the entire corrupt Jacinda Ardern Labour Party government, delousing the entire Establishment Deep State and career civil servant swamp with it as it drains - is Equine Dewormer cure for Parasites.The Symbology for ALL ETERNITY is just EPIC. Almighty God in Heaven has such an awesome Sense of fun, humour & adventure! #BetterWorkStories[AND that catalyst will then also crash the Wellington Real Estate market with it when ALL the evil satanic info [SRA] is better known to NZ]HCQ & *Ivermectin are already classified as prophylaxis & “vaxes” - and have been for Decades – they’re pills not needlesSwamp Deployed “Covid” deliberately - then “Knowingly” hid & withheld the pill / tablet cure on the entire worldStandby for monkey pox / Measles Pandemic2.0[Adverse bio-weapon jab injuries - another scare threat smokescreen by corrupt media operations]Ivermectin has cured India with 1400 million & has WON 2 Noble Prizes as Essential medication for Humanity – Approved by the FDA 2/2/1969If BIG Pharma “allowed” those cheap pill cures - then there would be no needed justification by commonwealth & Western 1st world governments for the lockdowns to steal Elections globally – then crash local – then global economies + also swamp need the justification for the satanic death jabs swindled as “vaxes” to achieve the UN swamps plans for NWO - culling 7 Billion somehowDo you see?Once 5,000,000 Kiwi's learn what swamp have really been doing - 5,000,000 Kiwi's will demand Gallows erected on the very footsteps of Parliament itself!#Nuremberg2021MilitaryTribunals #CrimesAgainstHumanity#GeorgiaGuideStonesJabPlanCULL7Billion #satanicDeathCultNWO#RiggedStolen2020Election #MediaHollywoodActivelyComplicit#Kraken5EYESGlobalEvidence15yrsOf #SaveOurChildren #GodWins 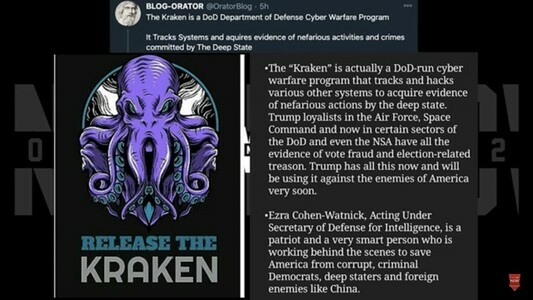 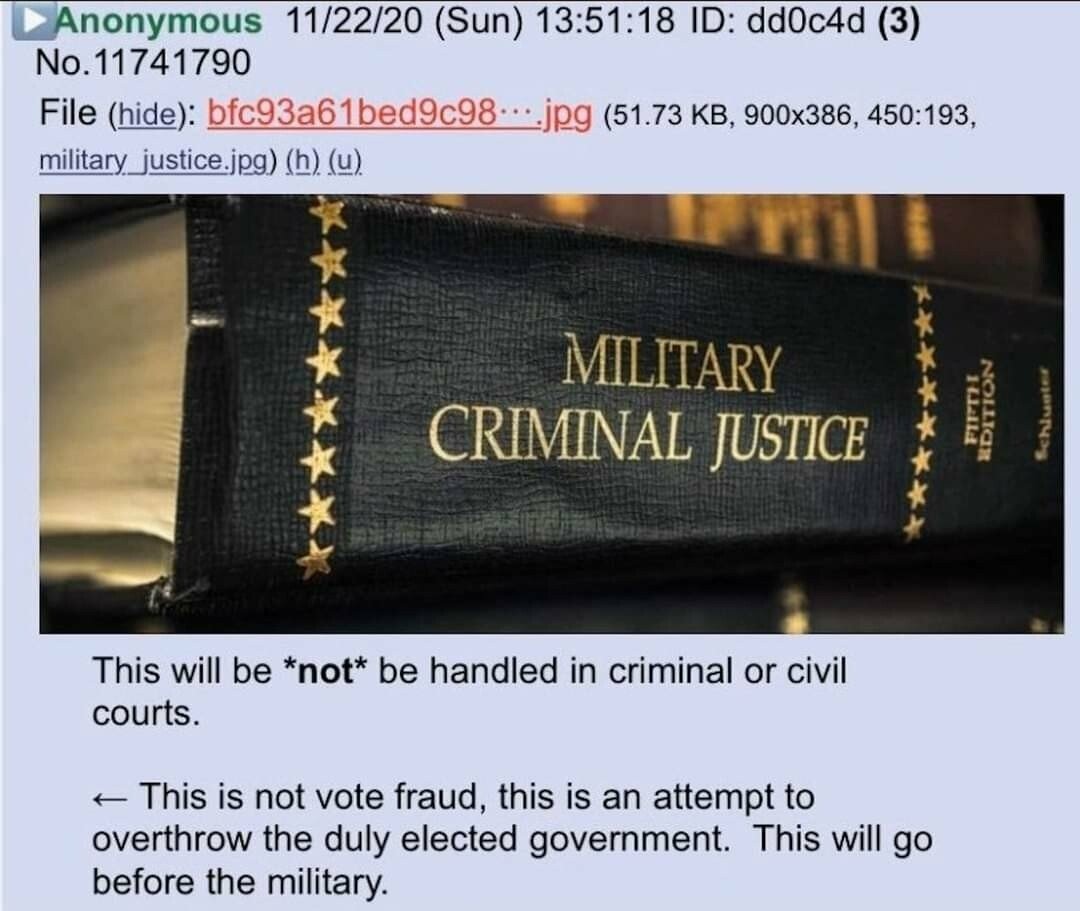 Ivermectin is extraordinary.It renders spike proteins INERT.It’s even better than hydroxychloroquine as it treats all stages of “COVID”.It treats a diverse range of diseases, with its unexpected potential as an antibacterial, antiviral and anti-cancer agent.It kills coronavirus in 48 hours.https://www.news-medical.net/news/20200406/Antiparasitic-drug-Ivermectin-kills-coronavirus-in-48-hours.aspxAs Dr. Pierre Kory, Lung Specialist and Associate Professor of Medicine at St. Luke’s Aurora Medical Center, has attested to, profound anti-viral and anti-inflammatory properties of Ivermectin have been identified.In COVID-19 specifically, studies show that one of its several anti-viral properties is that it strongly binds to the spike protein, keeping the virus from entering the cell.These effects, along with its multiple abilities to control inflammation, both explain the markedly positive trial results already reported.Review of the Emerging Evidence Demonstrating the Efficacy of Ivermectin in the Prophylaxis and Treatment of COVID-19“Meta-analyses based on 18 randomized controlled treatment trials of ivermectin in COVID-19 have found large, statistically significant reductions in mortality, time to clinical recovery, and time to viral clearance.Furthermore, results from numerous controlled prophylaxis trials report significantly reduced risks of contracting COVID-19 with the regular use of ivermectin. Finally, the many examples of ivermectin distribution campaigns leading to rapid population-wide decreases in morbidity and mortality indicate that an oral agent effective in all phases of COVID-19 has been identified.”https://journals.lww.com/americantherapeutics/Fulltext/2021/00000/Review_of_the_Emerging_Evidence_Demonstrating_the.4.aspxhttps://osf.io/wx3zn/Ivermectin: Enigmatic Multifaceted 'Wonder' Drug Continues to Surprise and Exceed Expectations - PubMed https://pubmed.ncbi.nlm.nih.gov/28196978/Ivermectin is an efficacious treatment for ALL stages of “COVID”. http://ivmmeta.comIvermectin obliterates SARS2 COVID-19.Unequivocal Evidence-based meta-analysis of published clinical trials here: https://osf.io/k37ft/The chances that Ivermectin doesn’t work are calculated to be 1 in 70 trillion.http://c19ivermectin.comDr. Pierre Kory: We have immense data. If you take Ivermectin, you will not get sick. A winner of the Nobel Prize, it has proven to be a Wonder Drug.Detailed Treatment Protocols here: https://covid19criticalcare.com

Article was written on 6th April 2020!
Here is the link:
Ivermectin the Wonder drug
Around the world, scientists race to develop a vaccine or treatment against the coronavirus disease (COVID-19), caused by the severe acute respiratory syndrome coronavirus 2 (SARS-CoV-2). Now, a team of researchers has found that a drug already available around the world can kill the coronavirus in a lab setting in just 48 hours.
NOBODY NEEDED TO DIE. LET THAN SINK IN OAKS

The drug, Ivermectin, an antiparasitic medicine, is an inhibitor of the virus SARS-CoV-2 in-vitro and can effectively cause a reduction in virus at 48 hours in cell cultures. The FDA-approved drug can be used for repurposing to treat patients affected by COVID-19, which has spread to 184 countries and territories.

The researchers at Monash University in Melbourne, Australia, have published their study in the journal Antiviral Research, showing how this already widely-used drug may help combat the current global pandemic rippling across continents.

The team worked with the Peter Doherty Institute of Infection and Immunity. They showed that Ivermectin reduced COVID-19 viral RNA present in cell culture by as much as 93 percent after 24 hours and by 99.8 percent after 48 hours, at around a 5,000-fold reduction in coronavirus RNA, hinting that the medicine can potentially eradicate the virus.


"Ivermectin kills coronavirus in 48 hours."Published less than one (1) month after The Bill & Melinda Gates Foundation's WORLD HEALTH ORGANIZATION declared with their revised definition, the "COVID-19" PANDEMIC.This continues to be the biggest, and most heinous CRIME AGAINST HUMANITY - and the obvious suspects of this CRIME remain free today.SHAME!

Socrates' Cat@Esoteriquette
·Women & Weapons··3d
@TommyJoeFisherAmericanPatriot Well that's why they banned it, it renders their bio weapon useless.
You need to Log in to reply.