All Blacks: The 4 Nations Post-Mortem - and Options for the World Cup

Forum » Rugby » All Blacks: The 4 Nations Post-Mortem - and Options for the World Cup

The All Blacks need to work out how to beat the rush defence, and umbrella variant of this- as well as get more front foot possession from the pack.

It might be best to shift to Barrat back to 10, and put Ben Smith at fullback.
Ben Smith looks lost on the wing and probably no longer has the pace at test level. He could get more involved at 15 and give another option at second receiver. He has a good pass to form a second line to loop around the umbrella.
A faster winger could also give more counter-attacking options.
Inside centre is a problem position for the All Blacks. Sonny Bill has played so many of the games, that there are less experienced players at 12. There are options, just not a certainty of the order of preferred selections.
The ABS pack is lacking mongrel to get over the advantage line, and this makes the rush/ umbrella defence harder to beat.
Tight five is an issue. The one true enforcer in Retalick is injured in a rush to get fit by the world cup. Scott Barrat is the 2nd closest option as an enforcer, but he is not a major threat- at least not at this stage of his career- if ever...
The All Blacks have also been less effective in making turnovers at the breakdown, giving less counter-attacking opportunities.
Openside flank is certainly missing Mccaw, especially now that Keiren Read is looking like a spent force at the breakdown, and in general as well.
There are at least 6 teams at the world cup that could beat each other on the day. Can the All Blacks play 3-4 difficult tests at the world cup against stronger packs, with fewer turnovers and a backline struggling to break defences down?
Barrat at 10 will get him more involved, and Ben Smiths experience at XV change the attacking dimension to try to beat the rush/umbrella defences.

Do any of the New Zealanders have faith their can be a turn-around?

Alas the silence from our kiwis say it all.

But let's be fair the wee abs are still in it.

I don't think they can get any more out of Barrett. Even at 10, he stills pops up all over the place. The 2016-2017 model is no longer cutting edge. Their opponents have caught up , and caught up fast.

Something I notice about Rassie teams is that many of the tackles the Boks make are around the chest area to wrap up the ball in the tackle, limiting offload options.

Argentina usually has a good offload game, but the All Blacks were also not very effective at offloading when they played the Boks. Sonny Bill attempted a back flip pass offload but it ended up in the stands and it was forward.

History tells us that after a significant loss vs Oz, they come back and come back hard in the return bout. All the negative press and comments such as “All Blacks aura of invincibility is gone” only add fuel to the fire and gives them all the inspiration they need to turn it around. We shall see if they are good enough come Saturday at the Garden of Eden... If not then the RWC will be wide open with the Boks and Oz in very strong positions. Still think the NH teams will choke and expect an all SH final once again.

...moolaa the TAB concurs and has NZ@  $1.17 to Aussies $4.55 this weekend at Eden Park.....Hamsen will probably just  rotate the team again and all will be good.... plenty of depth being one of the ABs and NZ rugby;greatest strengths...


I am not sure about the rotation potential and believe the AB problem starts at the Tight 5 where the only real contributor has been Retallick and even he was less effective than he was 5 years ago, Whitelock and Franks are reputation players as well while Coles as ball carrier looks good - but in Tight 5 play produces zero.  Moody is just not a test prop - plain and simple.

That is where their problems start and the question is how to upgrade that situation through rotation.   Other than the Crusaders the other franchises all suffered from poor Tight 5 performances in Super Rugby.   Of the Tight 5 on Saturday- four came from the Crusaders - so when they fail where do replacements come from?

I still think the critical no 12 position should go to Laumape and they should forget about SBW and other contenders,   Laumape is strong as an ox and slow as one as well, but he showed power in ball carries - which is missing from the AB backline at present.  Without Goodhue at 13 their backline is seriously disadvantaged as well.

My suggestion would be to move Smith back to full back and Barrett back to flyhalf and play Goosen or Bridge on the wing instead.   Barrett is a top class playmaker - which Mo'unga is not and the AB's need at least one fast wing with ball sense,   Ioane is still the best wing in world rugby - but problems further in-field makes him look pedestrian.

By the way Akira Ioane at 8 would solve a lot of their loosie problems at present.

@Clevermike, yes the tight five is a spent force- this has been hidden over the last 2 years by the opportunism of Barrat.

Barrat scores and setups more tries than any other play in world rugby
Stop Barrat, and suddenly lots of teams can beat New Zealand. Ben Smith is wasted on the wing, but having at 15 may give a 2nd playmaker.
I see Laumpe is only 5.8 tall - about the same height as Kolbe.  He does, however, weigh 97kg 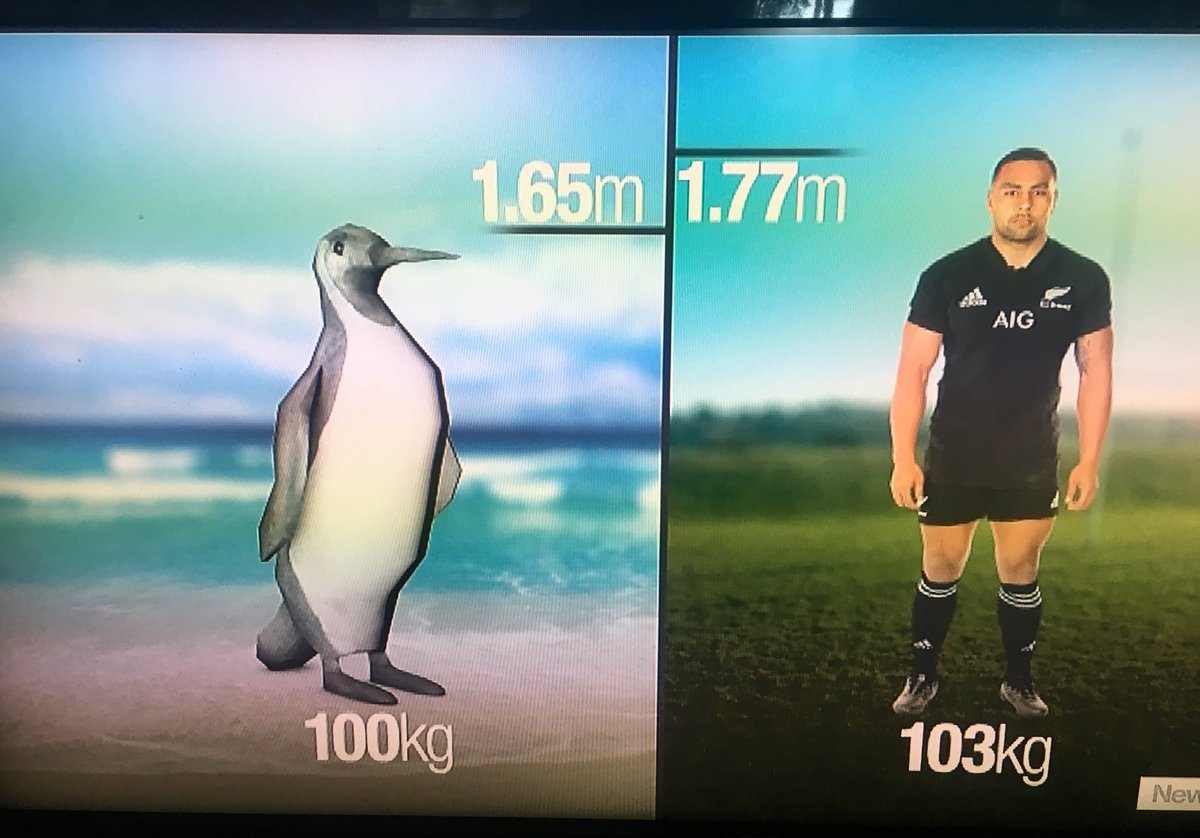 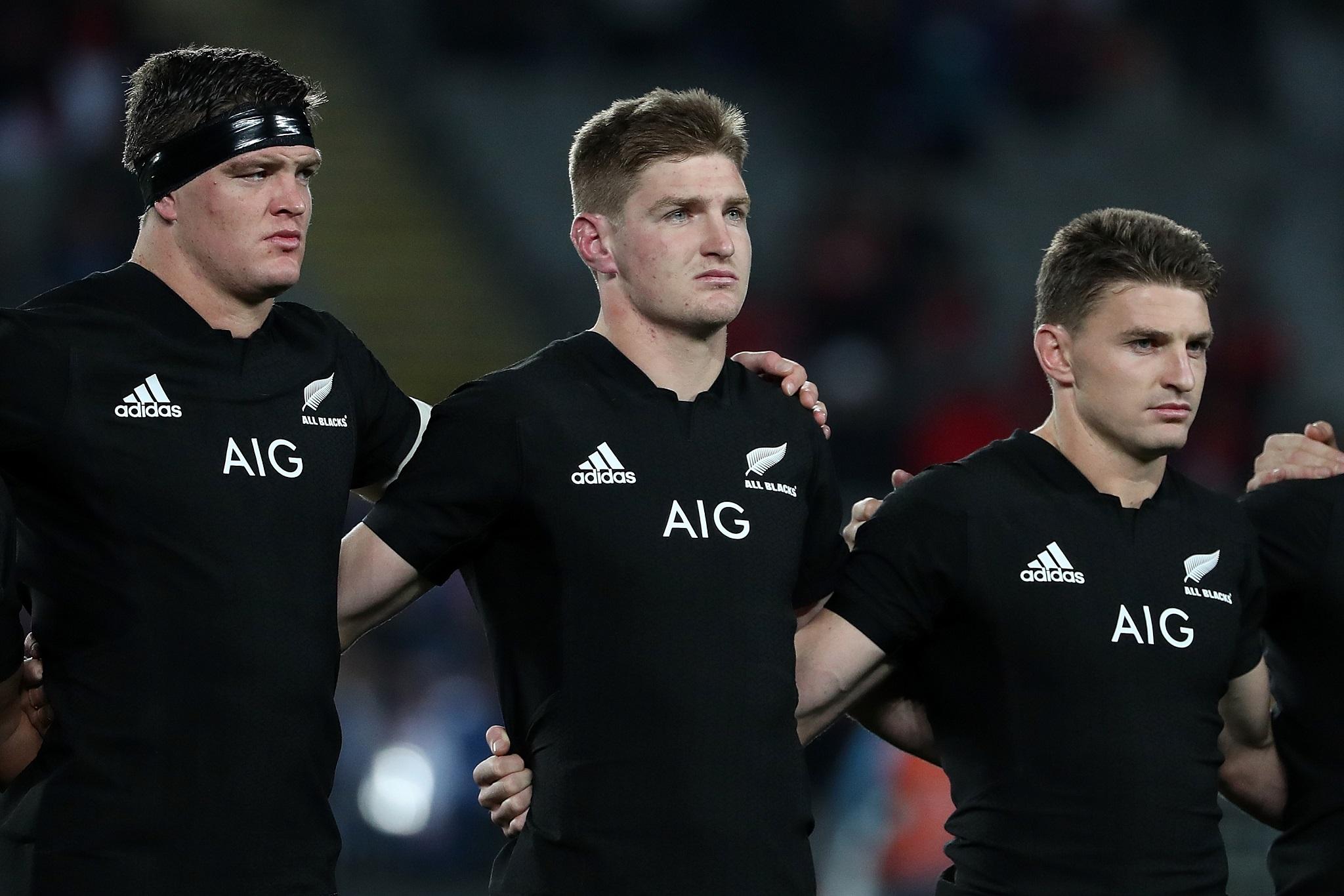 You may be right Moola. They usually do hit Australia hard in the return fixture. I think it'll be a little harder this time, but I would still give New Zealand the edge. I believe this Aussie side is still average, and gave a very emotional performance. Can they keep that physicality going into the next fixture? If they do, if they even come close to winning, I'd be very worried if I were an All Black.

Yes Huffer it will be an interesting match. One that wee abs must win.

Even as a die-hard long suffering australian rugby fan... I think the men in gold will struggle to piece it together this weekend.

A number of reasons - a few being:

1/ Eden park is kiwis fortress - just like suncorp in brissie is the wallabies.. sadly the dumb asses (like goth woman) seem to schedule bledisloe games anywhere BUT brisbane... morons...

2/ All the kiwi moaning and whinging about barrett clear red card offence will mean some low life saffa ref (prob that short prick) will run the game meaning aussies will be back on the receiving end of ref cheating... the curse of the last decade or two.

All this said aussies have a chance id give them 30/70 as kiwi confidence is down and forward stocks are depleted. Will be interesting to see which team they roll out with. But with beuden in the team only a very big fool would bet against them.

as staated previously though will take the record floggin dished to the kiwis last week and revel in the 7 tries to 3 demolition...

I must of missed something, the only moaning I have heard about the red card comes from an Aussie and he coaches England.

Heard very little over here apart from it was correct by the letter of the law. Yes a yellow minimum but I wasn't outraged it was red and no one I watched the game with was either.

The world cup has arrived too early for Moounga, and he does not have the experience. It does not help that inside centre is a position without a certain starter. Sonny Bill is playing local club rugby to try find his remaining form.

Ex-All Black coach John Hart believes that Mo'unga and Barrett lacked the platform up front against both South Africa and Australia. That Smith should't be considered at 15 again. This is what he said:

“Steve said he was looking for more from his props... I thought on Saturday night we saw eight Australian forwards with the capacity to carry the ball and make inroads into the defence. You didn’t see many ball-carrying All Black forwards,” he said.

“There was a lot of pressure on the props this week to carry the ball — it didn’t happen.

“Maybe we need to change in terms of who we start and finish with.”

“The electricity that Beauden Barrett provides at 15 would be lacking in Ben Smith, so you can’t quite get the same thing,” he said.

He believes the All Blacks need to rebuild their front row.

Peyper reffing should suit the Aussies,not count against them REDS.
He provides a fast game and the Kiwis are not in that bracket right now.

I watched the replay esp- Ben Smith from last weekend and if he's playing then the Aussies stand a good chance.He doesn't have the speed anymore and his tackling is worse.

I've never understood Hansen's reluctance to invest in Ngani Laumape. If it was me Laumape would have had the All Black #12 jersey locked down two seasons  ago.

I suspect Hansen has bought into all the hype around Sonny Bill and his offloading ability but even now that he appears to be giving up on that idea he goes and selects the plodder Anton Lienert-Brown ahead of Laumape. Not sure why he has this blind spot for such a talented and effective player.
Either way, the All Blacks will be back and stronger than ever. Maybe not at this RWC but to me they're still the favourites.

I am also  Laumape supporter and think the same about him.

However, aside from him there are two changes I would make to the AB team,  I would play Akira Ioane at 8 and Frizell at 6.   I do no think that Ardie Sacea is a blind side flank at all.   He is a very strong ball carrier - difficult to bring down - but all other aspects of loosie play are not really present.  Read to may mind is a major handicap to the AB teams loosie situation.

Laumape is 5'8, the shortest centre in rugby.