At the risk of plagiarizing the works of his majesty Bark of Shark, I had been thinking of some of the old vids posted about past Blocks. There was some arguing about greatness but it cant be argued that there was smart attacking play going on. What the fuck happened??? Your guys today are pretty stupid. The stuff I see these Blocks doing blows my mind... and they get rewarded! It seems to me like the previous two generations of yarpies were a lot, lot sharper than that of today.

So true Rooi - the bloke is a prime tool

Who the fuck is this Rooi chump??? Sounds like a needy little twattling. Saffesex is just a dumb oaf.

Organpuffer is just an attention seeking  little Dweep who's attempting to exert his tough guy image on a message board. It's a natural reaction for anyone who's been ignored all his miserable life and continues to be ignored whenever he shrieks for attention. It's just a pity they've yet to invent a juvenile dummy. 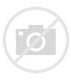 
Oh here we go on the paranoia carousel. All the losers. Am I appearing tough to you little soy boys? Huh? What a shame. Little dweebs who feel sad an hurt when they deal with a man who doesn't treat them like mummy did. I bet Quisling is sitting at his daddy's computer now with his nappy on hissing and squealing. What a snivelling sad excuse for a life. What's the commonality with the little soy boys? All angry little lefties. What is it? Always absent parenting and unlikeable experiences that make these little cunts. Just look at them... claiming posts and ideas.... telling others they cannot post certain things because they are the authority on the subject... you make a thread and now you are looking for attention... make an account and they profile you like Nazis to see if you fit in their box or if you are the enemy. They externalize their own shitty and worthless personalities onto others. The very funniest thing is when you literally don't care about them. Yep, we are a slice of reality that agitates them. Their self importance isn't recognised and they can't have that. Go ahead... this is the part where you stamp your little feet and tell me how I am a big meanie who is a really bad man. Maybe on your death bed you'll realise how much fun I have at your expense. I can say that, but you will still carry on... and that's the funniest thing of all...

Dave, my advice.....don't bother analysing the Cretin, there's some bottomless issues at play, the deeper you go the more twisted it becomes. It's ok, let him bore the hell out of us, no damage done, in the bigger picture society is a safer place while he's in our presence.

Rose, the brain drain, or lack of brain, exists at all levels in SA.

We have a great example from a few years back and i’ll never stop mentioning it.

Coetzee had taken over the Boks while the Lions franchise was doing something never before seen from any other SA team. That being, scoring 50 points more often than not during SR seasons.

This was occurring against some Kiwi SR teams that would easily beat NH test sides and see off most other international squads with relative ease.

At the time, i said, looking at their(Lions) confidence, their winning habit and how unanswerable the questions they asked of their opposition was…make them all Boks and replace strictly the ones that could be replaced if it could be done without losing any synergy.

Hardly anybody here agreed and it was the usual BS about “but test level” is a different beast. The same board experts that couldn’t recognise that the Crusaders and Highlanders where probably only beatable by the ABs and the Lions.

This is the problem with Saffa thinking. It doesn’t only lack innovation on the field…it’s lacking plasticity of mind in the chair too. And that’s fine, you know. I mean if you can’t come up with ideas then you’re limited. What’s annoying is that when something spectacular does happen, and every sign that you should be paying maximum attention is there…yet you fail to see what’s happening right in front of you.

It was ridiculously obvious that that Lions team already had all the attributes, from game plan to synergy and skill, to easily hit the floor running at test level. And to add to that, there were other players, already Boks, that could have slotted into the Lions system and taken it up yet another level.

And the same people on the board then yelled “See, we were right!” when the odd Lion was picked for the Boks and then made to play in the direct opposite of the system they excelled in and which got them selected.

Let’s do X instead. Then Coetzee does X, picking a side that i remember most here agreeing with and…the rest is history. The same people who called for Coetzee to do X then slate him.

And i’ll put this in caps…

THE BOK TEAM YOU PEOPLE WANTED LOST AT HOME TO THE VERY SAME ARGENTINE SIDE THAT THE LIONS PUT 60 POINTS PAST.

Your only saving grace…”but when Los Pumas put on their Argentina jersey they play better”. I still can’t believe a board member actually said that.

The Boks have identity and character with Rassie at the helm. There are zero complaints from me and I'll always go for Rassie over a Meyer type. Innovators are my first pick every time.

However, Swys was our Fergie! He should have been given the top job and everything else he wanted . My feeling is that we could have been looking at a period of prolonged dominance. One where the Boks plaid the rugby people like to watch.

Thing is, that Lions team only improved under Swys. He had a winning formula and the effectiveness of the no-namers he brought in only ever added to the sides potency. Meaning he knew how to build something special AND how to improve it.

In another universe, he did get the top job. But not in this one...and it pisses me off.

He was with Rassie as a consultant at the start then packed it in himself. Swys has a history of mental health issues it’s why he packed it in at the Lions and the Boks

An unbelievable rugby brain, which is what Rassie has - so as a combo they were lethal


Plum, they all play the same.Interesting about the Lions... I dunno about that. Probably needed a bit more muscle which is why they never won silverwear, but still a good model. Maybe that coach should have been the bok coach. But the rest of the Bok coaches?? They are all the same. What innovation?? No innovations since Mallett and his Brumbies style revolution. The last great Bok coach. but I do maintain that Erasmus has the limited game because the players are shit and that's what their best chances of winning are.

Yeah I heard Carel from Mike and had to teach the bitch a history lesson the hard way!

Actually, the brain drain started in the Apartheid years going as far back as the '60s I don't expect you'll acknowledge that fact.

Rose, they had plenty of muscle, as you well know and as can be gleaned from their set piece dominance.

They fell at the final hurdle a few times through bad luck, a touch of stage fright and some Kiwi reffing…particularly that one game in Argentina that caused them to play an away final.

I still think that Swys left the Boks because of disagreements with Rassie. They’re both good rugby brains but my feeling is that their ideas weren’t compatible and Rassie was never gonna step aside.

I’ll go as far as to say that I’ve never seen a coach do what Swys did with a relatively no-name team.

"I’ll go as far as to say that I’ve never seen a coach do what Swys did with a relatively no-name team."

Not yet for me, Draad.

More dominance for a consistent period is required.

I saw the Sader's pack dominate the Lions. Not saying a total overhaul, just a few big bruises. One at 4, one at 7 and 8.