In 2018 I wrote a number of comments on site about the situation iro driving mauls stemming from line-outs going absent from the Springbok team and I identified Mostert is the key deficient element in the situation.   The malignant three idiots claimed I was talking nonsense and with bravado claimed that the winning try by the Springboks against the French was formed and organized by Mostert.

An analysis of the situation in the latter case showed that what they wrote was utter BS.   Mostert did catch the ball and tried to organize a maul but failed totally in the process.   It was only after the organization of the maul was taken over by Du Toit joined afterwards by Vermeulen that the maul started to go forward.   Mostert role - other than catching the ball - was totally defective.

Now back to the game on Friday.  I want to refer to a driving maul at roundabout minute 20 when Du Toit took the ball in the air and organized and controlled the functioning of a very successful driving maul.   That is to be compared with a similar attempt by Mostert in minute 30 when Mostert caught the ball and then the whole maul effort collapsed and we ended up with what can at best be called a total failure in forming of a maul ending in a possession turnobver by the Japanese.

Now lets look at the factual situation this year.   Mostert -

*  failed in the line-outs in the AB test;

*  was never used in Line-outs in the subsequent Argentina test;

*  actually failed in line-outs against the Japanese as well.

Obviously - whenever somebody punched holes in their theories about player performance the three "experts" (as they regard themselves as) lose total perception as to what actually happened and missed out totally on prove provided by other members,   The three are only trying to deceive us all by their constant BS. Which maul at minute 30? The only one I can find is at the lineout at 34:10, where Mostert is the jumper but on his way down he transfers the ball to Etzeb eth who becomes the binding point for the maul.

The maul from the lineout at 64:01 where Mostert is the binding point makes as much ground as Steph's maul in minute 20 despite Japan getting in a strong early counter shove.

*  actually failed in line-outs against the Japanese as well.

How did he fail? He made 3 clean takes at 34:15, 60:00 and 64:01 and lost no lineouts. Our only lineout loss was Eben at 36:58. Mostert also contributed to the turnover of possession in the Japan lineout at 5:08 with a competitive jump. Watch Faf high five him afterwards. If that performance in the lineouts is a failure, what would success actually look like?
This is getting a little embarrassing for you, old chap. 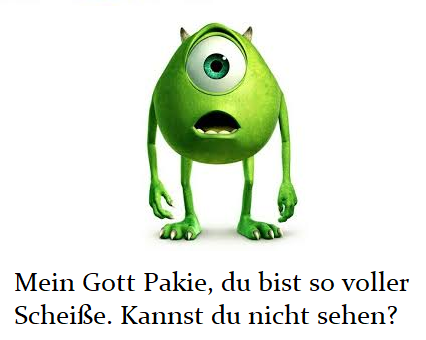 That is the one I am referring to.  There is NO WAY that a driving maul can be formed that way - I have never seen such an effort before succeeding and that one was a mess as well.    The catcher is to organize and direct the mauls and any transfer to a player behind him will obviously be unsuccessful for the recipient to try and organize the maul himself  - as was in the case in the maul effort at minute 34.  Technically Mostert would have been blown up as being off-side even if  Etzebeth try to form and guide the maul - which Etzebeth obviously did not try to do, .

I have yet to see Mostert being successful in line-outs this year and it is also obvious  that Mostert is really not capable of forming and directing any maul effort.     .

Mostert could not take line-out throws against the AB;s and the Pumas and he messed up the line-out take at minute 34.   So the two line-outs suddenly made him acceptable?

he messed up the line-out take at minute 34

No, he didn't. Perfect take, perfect transfer to Etzebeth in what was clearly a planned move to get past the focus point of the Japan maul defense. Didn't work out perfectly as plans so often don't. And the maul is clearly formed on Etzebeth. But you're welcome to entertain your theories, it's not likely anything I say is going to change your mind.

Well, uhm, good luck with that problem. An optometrist may be able to help? Maybe even a psychiatrist?


I registered the Mostert line out turnover ...the guy contributes every minute.

To what - missing routine tackles on Sanchez and then you blame Du Toit for the miss.   In three tests he took 5 lime-outs and lost 1 - Great in line-out takes and zero in setting up driving mails .Amazing BS

To what - missing routine tackles on Sanchez and then you blame Du Toit for the miss.   In three tests he took 5 lime-outs and lost 1 - Great in line-out takes and zero in setting up driving mails .Amazing BS

Du Toit looks as though he needs a cane to assist him. Visual confirmation clearly isn't working. Turns like a rhino.

Every smart coach will be telling his scrummie to target Dud Toit off the scrum, just like the brave Blossom did , leaving Dud sprawling on the deck.

The dud was created in your hollow and empty mind.   Stop using Idiot Speak as a language when discussing rugby - we all saw what happened during the game and it took three  days for you to come up with BS this time around.   We are not rugby ignorant and stupid like you.

No, actually you started the 'dud' terminology Muck. Welcome to yourself, perhaps this will help give you a sense of how boring you truly are.