Distrust the figure - they scored exactly 6 tries in 2015m did not check the rest - but suspect it is cooked.

No results given as well - too embarrassing -so let me give same :-

It's funny, the Boks are on course to achieve a lesser output than the 2015 team. This current Bok side would not have beaten the Wallabies in 2015, not the All Blacks in 2015 either. Los Pumas would be a tough on. Weakened opposition, and less production. Oh how the egg flows over your weather-beaten face.

The assumption is ridiculous.  The resent side would have easily beaten the Springboks in the 2014 Perth test debacle and coached by Ersmus would have beaten the Meyer team of 2013, 2014 amd 2015.

No dimness the egg mountain is all over you  talking BS in lorry loads.    Whata re you going to come up with in the case of the Springboks winning the Rugby Championship - already they have a victory and a draw against two losses under Meyer,

Why do you not try and find the Breakdown video of this week and then you would perhaps realize that you are constant in talking rugby idiotism - since what you know about the game is next to zero.  LMAO

You are comparing the two RCs. It is a fact that Australia and New Zealand are weaker now than they were in 2015. To make matters worse, the Wallaby side of 2018-2019 ranks as the worst Wallaby side for over 40 years. How then can you tell me this Rassie led team would defeat Meyer's Boks? In what way are they superior? As the numbers reflect, Meyer's Boks had superior attacking output.

Any proof of them being weaker or is it just another simpleton conclusion of yours?  Attacking output without scoring tries is total BS as reflected by the fact that they lost all three games in 2015.

Start praying that the Springboks do lose against Argentina and NOT win the RC - that would hopefully be the end of Idiot Speak on site.  LM AO

You are on the ropes Lügnerin. If you are honestly telling me that this Wallaby side is stronger than the 2015 side, you've just euthanized your credibility. It's been well discussed now that NZ are not as strong as they were during the prior cycle.

No - I do not compare sides making unproven claims about NH and SH teams.  That is complete idiocy,  I do not say the Australian team is as good as the 2015 team was - but then we have to look at teams election in 2015 in  2019 respectively.

There are in fact only 8 players who were in the WC final and not in the team that is currently competing in the RS.   Those are  -

*   Folau - the key player in any Australian team

*   Ashley-Cooper no better than Haylett-Petty

*   Giteau - a real danger, but containable and not more dangerous than Kerevi is

*   Mitchell - no better than the present Ausie wings

*   Moore - no better than  the present hookers

*   Douglas - the Arnold brothers are on par or even slightly better than he was,

So the real losses affecting performance can be limited to only two players -  Folau and Pocock.  There was a 22 point difference in the difference between 30c6

However, the turnaround in scores cannot be regarded as resulting from a weakened Aussie team since the performance difference between the 2015 and 2019.   So another idiotic bubble bursting,

I stopped reading when you said Ashley Cooper is no better than Haylett-Petty.

Better to continue reading because that may have given you a lucid interval moment -but alas we have no such luck.   What a pity - what a pity.

Better to continue reading because that may have given you a lucid interval moment -but alas we have no such luck.   What a pity - what a pity.

Ok Ashley-Cooper was playing on the wing outplaying an inside center - another farce frim the Idiot Speaker.   These two - the Mozart and AO Rugby liars and Idiot Speakers - do not  deserve answers and I would in future limit my answers to them to BS - Idiot Speakers alert.

You keep embarrassing yourself! I know you think of rugby in a very archaic way, where 10 plays 10, 12 plays 12 etc. In the real world, this is not how backlines are structured or used. At all. Shall we revisit one of Damian's gaff in that 2015 Wallaby test? 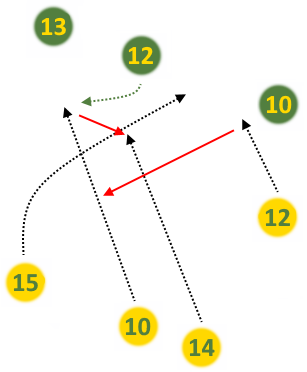 32:50 - AUS L/O; Outside Bok 22: A12 at first receiver fixes S10, he has A15-A10-A14 in a staggered formation with A15 leading from the outside. A14 runs a hard decoy line between S10-S12 with A10 running across the face of S12 behind A14's advance. Essentially, they are running a blocker line, with A15 running a big unders line and A10 running in behind then across the face of S12 to pull him out of his channel and Allow A14 to attack that space upon receiving an inside ball from A10. S12 should have left A10 to S13 and covered A14 and they would have been shutdown for minimal inches. As it was, A14 scored a crucial try because S12 was too reactive.

Not bad for useless old AAC who played on the wing and was thus never able to encounter Damian - he did many a time.

The Boks are today a better attacking side Dispite what any idiotic stats may say.

This season they have also defended well.

Go the Boks and that great coach Rassie.


They are not a better attacking side, not even close. It's the least ambitious gameplan since Straeuli.

We have to deal with Idiot Speakers all the time.  Ashley Cooper played on the wing and  the Idiot Speaker posted a sketch where no wing appear in the sketch as an example how he from the wing dealt with the inside center.   No wing is on the sketch at all

That is the type of thing typical from the Idiot Speakers on site.   That is how they came to blame De Allende for the Goodhue try last week.   That is how they gave a 7 for performance to Steyn when he contributed squat in a game.   I can name a dozen examples where they make distorted claims - always about players they dislike.   Take for example the Ausie  game where Mozart claimed that the line break and strategic kick made by Du Toit was a negative and did not end up in the De Jager try - which they ignored as well.

It is their idea that what they write on site can be used to dupe people in sucking up and believe the BS  they spout on site.   The problem is that if it happens once it could be ignored as a exemption,  but is continued week in an week out,   I m getting tired responding to their constant BS and will in future just refer to BS Idiot Speak alerts.

It's a diagram, not a sketch. Secondly, AAC (#14) is the runner Cooper (#10) set free to score a try in the exposed Damian channel. If the diagram is too much for you, consult the video. How do you like your eggs? Green (with envy) and with ham? 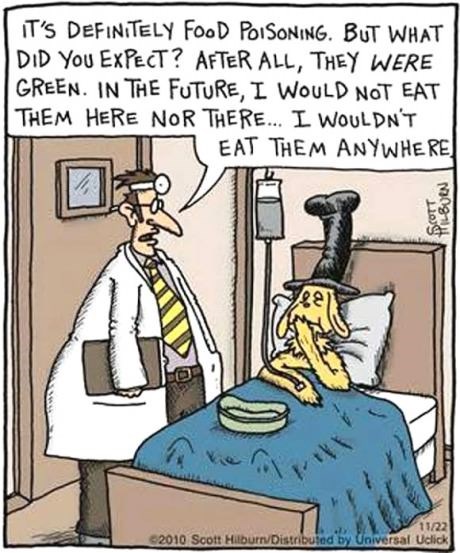 Maaik, forget about Auge and go watch some rugby.


Willie Leroux was arguably the best rugby player in the world in 2013 and 2014.  He was a play maker, and finisher

He took on most of the attacking flyhalf's role, and was arguably responsible for the attacking game plan on the field. Was Meyer just lucky?


Willie was a fantastic playmaker, though not perfect in 2013. We saw a lot of those poor kicks. He clicked on the EOYT against Scotland. Meyer used Willie as a second 10 and an extension of the 10, concealing the limitations of our centres. Meyer was lucky to have him, but the implementation of Willie was down to Meyer. We hadn't seen him utilized that that before. When Willie lost a bit of form in 2015 (still surpassed his Rassie era output), we had to play more through our centres, which resulted in more Damian ball. When our centres received a glut of ball, movement died with them. Schalk was something of a solution though. I disagree that Willie took on most of the attacking 10s roles. Most of his involvement occurred further out, especially around the edge of the defence. Interaction with 13 and the wings. Something we still saw last year, though Rassie has Willie feeding forwards more and more, working much further in the line, and far too deep!

Good analysis Augie.....the Aussies at their best produce brilliant running lines. This was an example and a classical case of Allende's slow thinking and lack of awareness.....which he also demonstrated last week in the AB try.

Mike, Maaik......Muck. A more descriptive handle to be used in future.

Oom Muck is speechless....in fact he has no clue what the arrows mean.

I gave Beeno the reason why the whole thing is made up BS - start6ong with no wing actually shown when the discussion was about Ashley--Cooper. Idiot Speak continues.

Well, we know for certain he isn't good with the numbers.

The good old days. Oh what fun we had